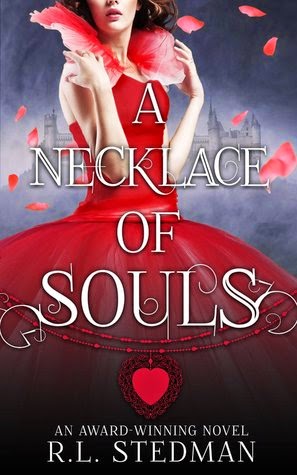 A Necklace of Souls
by R.L. Stedman
Release Date: 12/19/14
339 pages
Summary from Goodreads:
‘A true dream is when the events I see in my sleep have, or will happen. It’s a talent that runs in my family. I was thirteen when I had my first true dream.’

Will’s Aunt says the Kingdom of the Rose is the most fortunate of lands. But Will hates the place – his uncle and aunt are horrible, and he misses his parents. Oh, how he misses them.

Dana wishes she wasn’t a princess. She’s always being told how to behave, what to wear. There’s a strangeness in the castle – why will no one talk about the Guardian, or the necklace that protects the land? And why does her father look at her with such sorrow? The collier’s cart seems the perfect escape. Only she didn’t realize she’d become so dirty, or so lost. Fortunately this boy, Will, has a sense of direction. And next to the forbidding stranger, N’tombe, he seems reassuringly normal.

Welcome to A Necklace of Souls: a story of love and loss, of shattered lives and desperate hopes. In the Kingdom of the Rose, bravery is not always measured by strength and magic is real, if only one has the courage to dream. 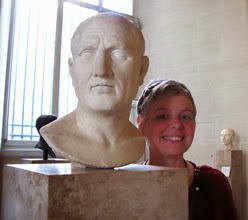 ABOUT THE AUTHOR
My name is Rachel Stedman. I’m a physiotherapist (physical therapist) by background, but now I work as a freelance contractor. I live in the wild and windy place of Dunedin, New Zealand, with my husband and two kids.
I write mostly for children and young adults. In 2012 I won the Tessa Duder Award for an unpublished YA work and my first novel, A Necklace of Souls, was published by HarperCollins in 2013 (available in the United Kingdom and on Book Depository from June 2015). This year, A Necklace of Souls was awarded Best First Book at the 2014 New Zealand Post Book Awards and won a Notable Book Award from Storylines. Inner Fire is my second novel.
Author Links:
Website│Goodreads│Twitter│Facebook
MY REVIEW
Dana hates being a princess. She wants to run free and spend nights in the woods. But she has a weird dream involving a necklace, an old woman and two children. The dream scares her. But not more than the worried and saddened expression her dad keeps shooting her. They know something she doesn’t; they are hiding something from her, Her aunt is the guardian and is protecting something but what? and what does she have to do with it? then she meets Will, who got a job as a baker after his whole town died of a plague. He becomes a warrior and teaches her how to fight. They can’t help the attraction growing between them but will Dana’s destiny get between them?
This was a lovely quick read that i really enjoyed. The story was very unique and so were the descriptions. The main characters were vivid and so was the setting.
You really see the characters evolve as the years pass and it is told in alternating POV’s so you get a feel of the characters through their perspectives. Will is a dedicated boy, determined to be the best at what he does. Dana was pretty weak at the beginning but she grew on me as she grew up and really found herself.
There was magic and loads of paranormal aspects that really added a cool atmosphere to the novel. My only negatives would be that the side characters were not developed enough. They all seemed to have important and interesting roles but i wish we knew more about them. And that i was a bit confused with some of the explanations.
Other than that, this book was definitely a fresh and new twist on your typical pricess-magic story, I’m looking forward to see where this series goes!!!
Book Tour Organized by:
YA Bound Book Tours