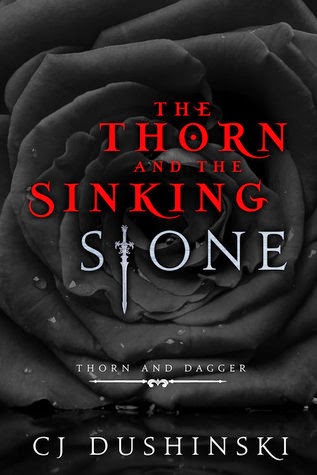 Warring families. Forbidden love. And danger they can’t escape…Daggers. Roses. Cowboys. Boat Men. Survivors of Earth’s Last War, four “families” vie to rule the dreary streets of Rain City through violence and blood. Valencia Hara, Princess of the wealthy Black Roses, is raised in warrior ways with sharpened steel. But she is no ordinary Rose. She is Cursed—tainted with the ability to see seconds into the future…To avenge his father’s death, Sebastian Leold, of the rival gang Two Daggers, must face off against the Black Princess, he with his dagger, she with her katana sword. Yet a secret from a shared past leaves him unable to kill beautiful Valencia; nor can she kill him. For they once knew each other beyond their blood feud…and they have more secrets in common than they know.But in a world filled with vengeance and violence, there can be no room for love…

After the war, four families have risen to power and taken control over the lands of Rain City. The east bank was taken over by the Hara house-known as the black roses or thorns. The west bank by the Daggers, the south warf by the cowboys and the north by the Boat Men.

The roses and the daggers hate each other from generations back and when the daggers killed Valencia’s father, her brother and his men got revenge and killed their father. The daggers are angry and demand the roses to meet them for a confrontation. Garett, Valencia’s brother, never backed down from a challenge and he’s arrogance pushed him to accept. At night, they ride on their bikes to the confrontation where Garett orders Valencia to fight Sebastian. The fight ends badly as they remember each other from their childhood and neither wants to deliver the killing blow. The watchmen of the society arrive and send the two gangs fleeing. These watchmen capture the Cursed and Valencia is in danger of being discovered. As they arrive, Valencia, Sebastian and his brother are forced to flee together to escape the watchmen. They forge and unlikely friendship. Valencia and Sebastian start to doubt their hate for each other. But as love blossoms, who will they stand by? Their family or each other? With the government chasing them throughout Rain City they are in constant danger. Will they betray one another to the watchmen just because of their rivalry and what they grew up believing in?

From the title to the very last sentence, i loved this book. Valencia is as beautiful as a rose and as dangerous as its thorns. After his father’s death, Sebastian is sinking like a stone but Valencia makes him feel alive. Am i the only one thinking this is a perfect title?? I loved the atmosphere of the rivalry especially when the roses were called, The black prince and the black princess. I don’t know how it explain it but this book was just perfect in all ways. It had action, a forbidden romance and tested loyalties. How can you go wrong there? The romance was lovely despite all the odds against them, the plot itself was thrilling and intriguing.

Loved the characters. Loved the setting. My favorite aspect was the rivalry though. The roses on bikes coming for the daggers. The hate, the planning-just everything. I’m going to say this again,I LOVED THIS BOOK!!! Can’t wait for the sequel!  BTW EVERYONE SHOULD READ THIS!!!

AMONG THE SHROUDED REVIEW