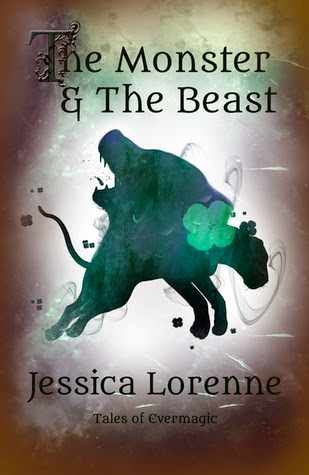 Serren finds herself trapped in a manor with a Beast who looks more like a monster. But when she realizes the true beauty of his heart, she is willing to do anything to stay with him, even if it means looking like him. But will he accept her even after she’s broken the curse? Or will he deny her, forcing out the creature lurking inside her, so a true monster is born?Hunter goes after Serren when she’s disappeared into an enchanted wood. What he finds instead is a temperamental lioness, and a mischievous doe. What is more––they can talk. Now trapped with them he slowly learns there is more to their curse than simple magic, and he might be the key to saving them all. If only he can figure out how.The curse of Beauty and the Beast has been cast on twins now barred from one another by a magical barrier, but are their heroes the Beauties or could they possibly be the Beasts?

This was a wonderful and unique retelling of Beauty and the Beast. Serren was quite shy and she was said to have been very beautiful. Her beauty however made her uncomfortable due to the horrible things men had expected from her. Serren wasn’t exactly broken just very insecure and hated attracting too much attention. I didn’t think Hunter held any kind of affection for her that went beyond a brother-sister bond.

The story starts off when Serren goes off to her new job as a servant. On her way she gets attacked by a man and she flees into the forest. However, the problem is that she enters a part of the forest which is cursed and one where you cannot escape. In the meantime, Hunter sets off to find her after news reaches him of her attack and gets trapped in another part of the cursed forest.

Serren is cured and brought to live in a castle where the beast-Ber takes care of her. He was a typical beast but i loved the daily routine they both fell into. Serren has a big heart and never talks about Ber like he needs to be pitied. She defends him and he’s always shocked at her willingness to stand by him despite his looks.

Hunter gets trapped with Arriel, Ber’s twin. In his part of the forest, all the people were turned into animals but Arriel is the only one who remembers that she was once human. She seemed a little cold at first but she was clearly dedicated to her friends and would do anything for them. Her fierce sense of protection for her people was what a real monarch should possess.

As love blooms on both sides of the forest, will it be enough to break the cure and save everyone trapped inside? I loved this book and hope i’ll get to read the previous ones! This is the fourth book in the series but it can be read as a standalone!