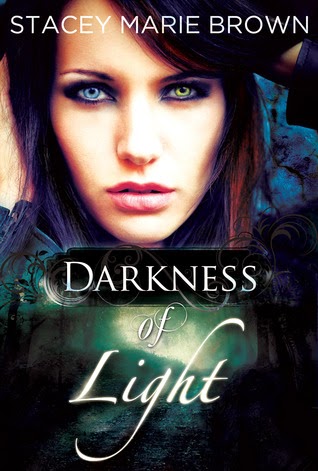 Freak. Witch. Crazy. Schizo.Ember Brycin has been called them all. She’s always known she’s different. No one has ever called her normal, even under the best circumstances. Bizarre and inexplicable things continually happen to her, and having two different colored eyes, strange hair, and an unusual tattoo only contributes to the gossip about her.When the latest school explosion lands her in a facility for troubled teens, she meets Eli Dragen, who’s hot as hell and darkly mysterious. Their connection is full of passion, danger, and secrets. Secrets that will not only change her life, but what and who she is—leading her down a path she never imagined possible.Between Light and Dark, Ember finds a world where truth and knowledge are power and no one can be trusted. But her survival depends on finding out the truth about herself. In her pursuit, she is forced between love and destiny and good and evil, even when the differences between them aren’t always clear. At worst, she will incite a war that could destroy both worlds. At best, she will not only lose her heart but her life and everyone she loves. Once the truth is out, however, there will be no going back. And she’ll definitely wish she could.DARKNESS OF LIGHT is a Mature YA(16+)/New Adult Paranormal Romance.

I pretty much loved this book but i wouldn’t say it’s one of my favorites… Ember is a strong character whose mother died and now lives with her amazing step-father, Mark. School after school she’s been thrown out after ‘incidents’ that seem to lead straight back to her until she finally attends a new school. Her anger often causes these power bursts i guess you could say. From the start, we have these weird dreams that seem to be of the future along with a handsome man with piercing blue eyes named Torin. I wish we’d seen more of him because he really looks like an awesome character. He’s constantly protecting Ember even though we sense that he’s being watched closely and is not a free person.

Eli-i loved his character and the verbal fights between him and Ember. I don’t know who i prefer; Eli or Torin because we haven’t seen much of him. She has a special connection to him and we still haven’t figured out why that is yet. We know Eli is keeping secrets from the very start and the love aspect was well written and elaborated. Ember definitely grows throughout the novel and she’s someone i’d love to be best friends with! She stands up for herself-you won’t see her weeping for her knight in shining armor to come and rescue her and she has a sarcastic sense of humor, one you can’t help but smile at.

The story line was pretty original also but to me it dragged on. The beginning till the end was just a few of these ‘incidents’ and teenage drama, Eli acting weird, dreams of Torin and that’s it. I found it strange because Ember doesn’t really seem to be shocked or more curious about what is happening to her. It’s not until the end that we learn about her true nature and well the final tiny bit of action was not very’finale’ material to me. It was a flat ending but that’s it.

Nonetheless it was an awesome read and i recommend it to anyone who loves YA fantasy romance!