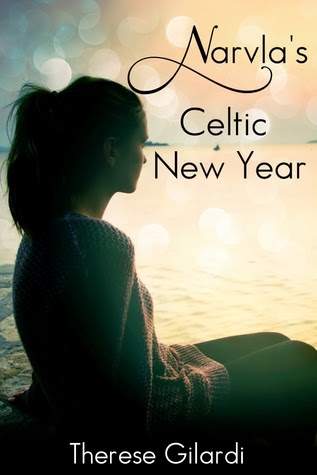 Narvla’s life is as precisely choreographed as the routines that have made her a national step-dancing champion. She has a loyal best friend, a devoted boyfriend, and a lock on admission to her dream college, the University of Notre Dame. Until her mother is named U.S. Ambassador to Ireland, and her life unravels. First Narvla receives a disturbing picture of her boyfriend and her best friend. Then she struggles to qualify for the Irish elite step-dancing squad, and her grades plummet.

But the biggest obstacle in Narvla’s new life is Dublin Boy, a cheeky musician with a disdain for academics and a distrust of Americans. Although Narvla is upset when she’s paired with Dublin Boy for the most important semester of her life, her real concern is the growing attraction she feels toward him. As the Celtic New Year unfolds, Narvla is pushed to abandon her lifelong need for control and embrace the charm of the unexpected.

This is one of the sweetest contemporary romance novels i’ve ever read! Narvla is an lovable character with her head on straight. She’s focused on her studies and doesn’t get involved in drinking and stuff. I loved that there was no insta-love! Narvla moves into a new house in Ireland and she walks in the park when she sees Dublin Boy singing and circled by a crowd; she goes straight up to him and says he was great! Loved her confidence at that moment even when he says something nasty to her!

We see her struggle and adjust in her new school to the overwhelming workload and she has to juggle all that with her passion for dancing. She makes awesome friends-no drama! Dublin Boy’s name is actually Colin but throughout her narration she refers to him as ‘Dublin Boy’! They have an actual build up to their relationship and i think that’s the root of any readable love story! Of course they fight sometimes but they start warming up to each other slowly until they get to the point of being friends. And then things start to heat up just when Narvla receives heart breaking news…

We learn a lot about Irish culture and the sights that Dublin Boy takes her to. The dialogues were quirky and there was no ‘awkward’ exchange. It was just a beautiful love story, drama free and something you read when you’re just laying back and relaxing!

But everything was perfect in this cute and deep standalone novel with a perfect ending! I can’t wait to read more from this author!