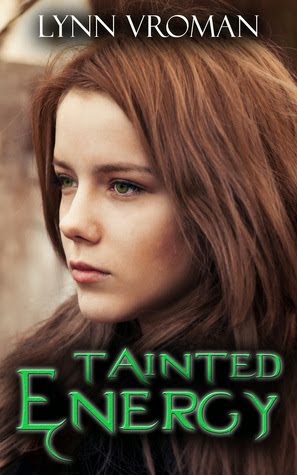 For seventeen-year-old Lena, living in the trailer park with the rest of town’s throwaways isn’t exactly paradise. Dealing with a drunken father who can’t keep his fists to himself doesn’t help matters either. The only good thing in her life, other than track, is the mysterious man who visits her dreams, promising to find her. When a chair burns her arms, Lena chalks it up to stress-induced crazy. Yet as bizarre incidents escalate, even being crazy can’t explain it all away… until one day dream guy does find her. Tarek lost Lena seventeen years ago after she was accused of treason and marked Tainted. He finally discovers her reborn on Earth into a life of suffering as punishment for her crime. However, someone else has already found her… and wants her dead. Willing to sacrifice everything, he fights to keep her safe so she can live the only life she’s ever known-even if that life doesn’t include him.

This book is totally different from anything i’ve ever read-it deals with energy and different dimensions which i found fascinating!

The author creates such vivid worlds like Arcus where pink squids climb trees and after you visit it, you have like color residue that sticks on you and enhances your features! Lena was a likable protagonist with flaws but she was just so strong. she lives a pretty rough life in a trailer with an abusive dad but the way she supported her mother and made plans to escape was just so inspiring. This book had a dose of teen drama in high school but it was not the main plot an din no way did it deviate from the actual story line.

So i won’t spoil it but what Lena was once a guide in her past cycle-her past life, in another dimension and living with an abusive father is like a punishment for a mistake she made as a guide. Her energy was recycled into a new dimension, earth, and she lost memories of her past life. This is told in 2 POVs so when it switches from Tarek we learn that he has been looking for Lena for seventeen years after she’d been sent away. He does everything to find her and be with her after these long years.

I loved her relationship with Wilma who hides dangerous secrets but her love for Lena was unconditional. I felt like i was travelling with Lena on this journey. She was believable with justified reactions. She was always fighting with Tarek but it made me smile most of the time. And i found it so amazingly sweet how she refers to him as ‘my giant’.

Each dimension has a warden-a kind of ruler and the warden of Arcus, Casimir, is trying to suck Lena into Arcus as bait for someone, But who? Treachery, deception, shocking revelations with missing parts of the story intricately woven by the author had me reading all day! I can’t wait to see what happens next because that ending broke my heart!