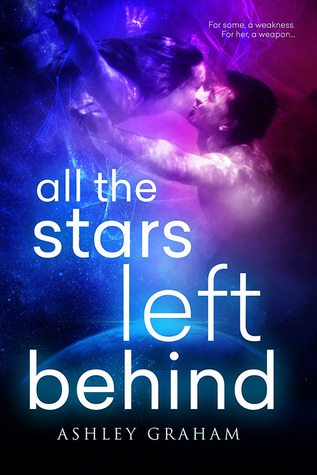 Relocating to Arctic Norway would put a freeze on anyone’s social life. For Leda Lindgren, with her crutches and a chip on her shoulder the size of her former Manhattan home, the frozen tundra is just as boring as it sounds. Until she meets her uncle’s gorgeous employee.
Unfortunately, no matter how smoking hot the guy is, Roar comes with secrets as unnerving as his moving tattoos. And Leda doesn’t trust him.
Roar shouldn’t be drawn to the moody human girl with eyes that leave him weak in the knees. But when Leda gets shot by one of his enemies and survives, Roar finally understands why he’s drawn to her: Leda is exactly what he was sent to Earth to find. A weapon of immense power capable of saving his planet.
She just doesn’t know it yet.

Hi guys!!! First of all apologies for not posting in a while, things have been pretty hectic since this is my last month in Mauritius before i move to London! Can’t wait to catch up with everyone’s posts in the blogosphere 😉
Okay so basically things started to go a little downhill for me when we get hit with a bad, bad case of Insta-Love. Going through the book you start to question if it was really Insta-Love or a connection because she’s the so-called weapon. But still it kind of threw me off…

But i kept reading because the plot was intriguing!
Roar was sent to Earth with three of his friends after his planet was being destroyed by an enemy alien race-the Woede-with the task of locating the weapon that could save their planet. But as time passes, desperation has taken its tole on the four aliens and with the humans breathing down their neck to “blend in”, it’s not long before they start to loose hope that they’ll ever find the weapon.
Leda on the other hand, has just lost her loving father and moved to live with her uncle, away from her mother who doesn’t care for her at all. Being crippled. she gets quite defensive when someone tries to coddle her too much because she doesn’t want to be seen as weak.
I have to say, that i liked the side characters much more than Leda and Roar! I actually kind of liked Roar but Leda was a pretty “meh” character to me. I loved the individual personalities of the four aliens, you could tell the author really put in an effort to make all of her characters stand out!
Kudos for making these book diverse with it’s characters! The story itself was pretty action packed and though it could be predicable at times, we did have some pretty interesting twists!

If you can get past the Insta Love (ish) feels and really get into the story then it’s a pretty cool read :)!