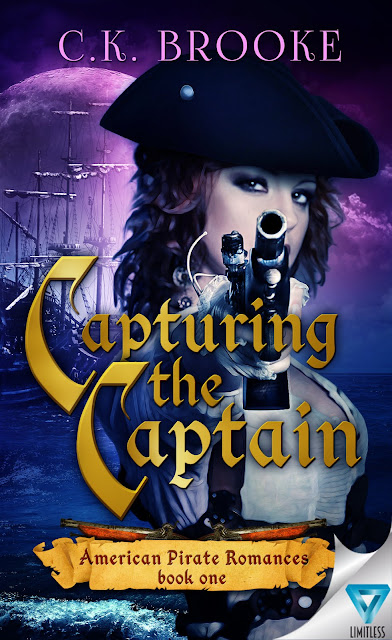 In 1720, it’s a pirate’s life for Abigail Clear, daughter of a notorious colonial pirate captain…
But when a rival crew invades Abigail’s ship, she is taken prisoner. Now aboard the enemy vessel, she must contend with its formidable captain. But who is the real captive?
Locked away in the belly of The Indomitable is no place for a woman…
Captain James Morrow is more than displeased to discover his sole captive to be none other than an untamable young lass who will earn him no bounty. Yet if he can soften the little rogue, she just might switch her loyalties to him, and reveal the whereabouts of the infamous thief who sired her—and his stolen treasure. But two can play that game, as Abi is equally inclined to charm the dogged sailor off her father’s tail.
Might she and Captain Morrow run the risk of falling for their own charades?
They dance about their disguises as genuine developing emotions clash against deeper motives, and suspicion runs high. When the captain finally steals a first kiss, Abi decides it’s high time to make her escape—fleeing not only his vessel, but her fondness for the man who intends to see her father hang.
The high seas heat up as Captain Morrow’s quest to recapture Abi is halted by her pirate father, Captain Clear. Will James succeed in pursuit of his captive love, or will his desires conspire to make him a captive himself?

This is my very first pirate book! i am a MEGA fan of the pirates of the Caribbean so i was super excited to start this 😛
The summary basically says it all, Abigail is taken as a hostage onto Captain James’ ship when the latter attacks her father’s ship. Of course they’re after treasure! By keeping Abigail hostage, James thinks he can trade her for the location of the treasure but Abigail is fiercely loyal to her father.
The romance was quite sweet and they were both on the fence of each other. Abigail planned to seduce the captain so that he would eventually let her flee back to her own ship and James planned to seduce her so that he could get the treasure. Basically their relationship did not start out on pure romantic attraction and in the end it all boiled down to trust because no natter how much they loved each other, they loved their goals just as much. It was a pretty even tug on each side because neither was willing to forsake their cause to be with one another.
There wasn’t really a “villain” in this book. Abi’s father came out as a loving overprotective father but who loved his gold just as much and i loved that the true nature of Pirates shown through this book.
Abi was a pretty likable character. She was smart, unrelenting and courageous! There was one scene where i actually screamed into my pillow because i was dying of embarrassment-for her!!! But thankfully it wasn’t as bad as i originally thought 😛 !
Overall a great quick romantic read. It doesn’t really focus on a journey to find a treasure or war; these take the backstage so that the romance becomes the main theme! P.S Can absolutely be read as a standalone!! 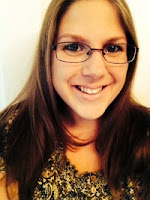 C.K. Brooke is a 2015 Shelf Unbound Notable Indie author with a five-star rating by Readers’ Favorite. She holds numerous fantasy and romance publications with 48fourteen, Limitless Publishing, and Elphame Press. Her lifelong passion is books – reading, writing, editing, publishing and blogging about them. When not blissing out in literary land, she enjoys info-tainment podcasts, singing, songwriting and playing the piano. She lives in Washington, Michigan with her husband and young son. There’s tons to check out at the new CKBrooke.com, so come and see what she’s up to! Check out her V.I.P. Readers Club (Subscribers get a free eBook!)
Author Links:
Website│Goodreads│Twitter│Facebook│Amazon Page

Subscribe to the author’s newsletter (www.ckbrooke.com/vipclub) and get a free eBook!