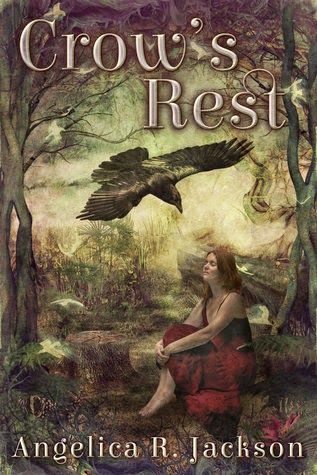 Avery Flynn arrives for a visit at her Uncle Tam’s, eager to rekindle her summertime romance with her crush-next-door, Daniel.But Daniel’s not the sweet, neurotic guy she remembers—and she wonders if this is her Daniel at all. Or if someone—some thing—has taken his place.Her quest to find the real Daniel—and get him back—plunges Avery into a world of Fae and changelings, where creatures swap bodies like humans change their socks, and magic lives much closer to home than she ever imagined.

Avery has always had a crush on Daniel. After leaving her uncle’s house, she gets a text from Daniel saying he wanted to be friends. But now Avery is back to Tam’s house and is determined to win Daniel back. But all she finds when she gets there is Daniel’s over excited dog that seems to understand every single thing she says. Daniel is at the hospital and about to die. But somehow Avery and the dog manage to cure him but when Daniel wakes up, he is nothing like the sweet, shy boy she left behind. He’s funny, arrogant and a pro at kissing. Avery can’t help but think that this person is not Daniel. But who could he be? why was he here? where was Daniel? What role does Avery have in the world of the fae?

Avery was probably one of the funniest and most realistic characters i’ve ever read about! She has absolutely NO filter whatsoever for her mouth-she says really inappropriate stuff without realizing. She was also flawed and i liked that she didn’t deny them when they were brought up. She was mature about the confession and really saw herself through someone else’s perspective. She was brave and determined to get Daniel back.

Without ruining the whole plot, i will say i loved the romance between Avery and the Daniel (or is it!!??) They were really made for each other and you could feel the chemistry between them! I loved the little touches like the dog and the fae car!!! That was so cool!

I liked the plot a lot. It was original and steadily paced but at times i still found myself skipping over a few paragraphs so i could get to the parts i liked! So yeah it did drag on sometimes,,.One other thing, i wish we had more stuff on the land of the fae. The little parts we’ve seen of it were amazing but not enough, I wish there was more world building on that side even though the story takes place on Earth. More about the queen and setting and so on..

Other than that i can’t say anything else bad about this book. If you’re looking for a new, original and intriguing read then definitely check out this one! I’m curious to see what this author releases next!