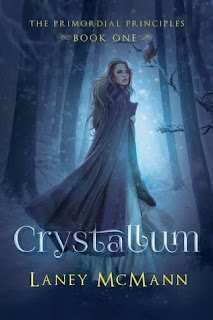 Kadence Sparrow wasn’t born a devil’s child—she was turned into one. Now, she’s hiding from the truth, and running for her life.
For years, Kade’s true nature has lurked behind an illusion, so when her dad gets another job transfer, she knows the drill: no close friends, no boyfriends, and most importantly: don’t expose what she is. Ever. Keeping secrets is easy. Lies are second nature. So is the loneliness—and the fear, but when the Shadows attack, and Kade meets Cole Spires, she could expose everything she’s trying to hide.
As one of the Celestial Children, Cole lives by an oath: defend the Ward, protect the Primordial race, guard the gateways, and stick to his own. Everything else is a distraction, and besides, he’s lost enough. Cole’s job is clear, and no one his age does it better. So, when he meets Kade in a club downtown, he assumes she just wants his attention. Most girls do, but Cole soon realizes … Kade isn’t like most girls.
The children of heaven and hell are living among us, fighting an age-old war. And falling for someone from the opposition is not an option. But a chance encounter between Kade and Cole will blur the rules, as Kade’s journey to keep her truth hidden catapults them together and into a web of lies, forcing her to not only face the demon inside her, but to answer the hardest question of all.
Which is thicker—blood or water?

Basically you have this race called the Primordial-the celestial children. Now this race is divided into 2. Primory and Primeva( Primori with demon blood- like a tainted lineage). Then there are also demons that  want to conquer them all and turn everything into a hellish world. The primordial guard the gates and protect the humans however, the 2 groups are lifetime-old enemies.

Cole Spires is a Primori and the head of his brotherhood. Cocky and arrogant he is the best his kind has ever seen. Kadence has been haunted by a demon since she was little and know she’s become one of those monsters. To escape, she moves time after time and never gets close to anyone in fear she might reveal her secret. But when she goes to a club with her new found friends, she sees the shadows that are wandering and lurking about to attack a boy. she crashes into him to save him but little does she know, Cole is the last person who needs help from the shadows. He is a master at killing them so needless to say when a pretty girl crashes into him he does’t suspect what she could be at all…days pass but Cole is fa from getting Kade out of his mind and the more he tries to forget her, the more she appears out of nowhere until he finds out that Kade is not a human girl and so much more connected to his world than he could ever imagine.

Okay this book…just….
It’s honestly a hidden jem! Characters WERE AMAZING! Cole-hot, cocky, super strong, possessive and protective. can ya go wrong there?? i think not! Kade was a really strong character but sweet at the same time. I loved her moments of losing control because that’s when she seriously kicked some butt!!

Romance-PERFECT!  there is insta-love but you kinda learn to role with it because they are a pretty sweet couple! So i didn’t mind it too much…
The plot, i don’t think i ned to explain more, everything was very well researched and though out! I wouldn’t say perfect execution because it was really confusing until Cole explained it from the start to Kadence. I was totally lost at times-hence the 4,5 STARS and not the 5 STARS!  pretty confusing with all the latin words…

I really will be continuing this great series! Recommended to all YA lovers! Trust me once you get the plot it will take your breath away-if you can deal with the insta-love 😛