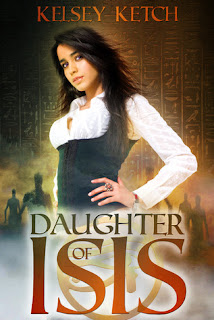 “Her mouth parted slightly, waiting for Seth to breathe life into her own body, just like in the story. She wanted him to awaken her senses.”Their worlds collide in California’s high desert.The last thing Natara “Natti” Stone wants to do is to start anew at Setemple High School. She wished she had never left London. Yet the brutal murder of her maternal grandmother has made her life very complicated. The only clue related to her murder is an ancient, encrypted necklace Natti discovered after her grandmother’s death. And if trying to adjust to American life is not enough, Natti is being stalked by a mysterious, charming high school senior, Seth O’Keefe, who is annoyingly persistent in his attempts at seduction.Seth O’Keefe is secretly a member of the Sons of Set, an order that worships the Egyptian god of chaos. Seth’s blessing from Set, his “charm,” never failed, except with one person: Natti Stone. Her ability to elude him infatuates and infuriates him, and he becomes obsessed with the chase. But the closer he gets to her, the more his emotions take a dangerous turn, and he risks breaking one of the most valued covenants of his order. The punishment for which is a fate worse than death.The adventure this unlikely couple becomes engulfed in could cost them their lives and their souls.

Natara stone is the typical newbie, she deals with the stares and the mean girls but luckily for her, she has a few good friends. But something weird is going on at her high school, every single girl seems hooked on Seth O’keefe. She agreed, he looked like a god and oozed charm but to what extent could high school girls fawn over a guy? Natara can’t comprehend their obsession with this guy, of course she admits that his touch does have an effect on her but she is not obsessed with him.

Seth has never met any girl who can resist his power of charm so when Natara doesn’t fall under his spell, driven by his mission to make her fall for him, he pursues her relentlessly. But every time he gets rejected he becomes more determined. And it isn’t until later that he realizes that while he was trying so hard to make Nattie fall for him, he himself fell for her.

Nattie was a pretty awesome character, She was spunky and had real guts. She never did the whole “swoon” thingy when it came to Seth and actually put him in his place most of the time! I liked that she didn’t take his crap!

The pacing was a little slow but not so much as to bore you. For all lovers of Egyptian Myths, this is definitely a book for you. It had a lot of culture in it but i just wished they focused more on the story at hand and the plot other than the teenage drama that accompanied it-it was giving off serious twilight vibes. I did enjoy the double POV and it was through Seth’s POV that we got a clear insight on the sect he lived in and his duties.

Seth was a pretty difficult character to sympathize with. So basically he is a TOTAL WOMANIZER! He sleeps with all the girls and discards them like they’re nothing. On top of that, he has this kind of competition with his father because the latter takes away everything that is his. However i did love the fact that he absolutely loved and protected his mother! Because let me tell you, the women in this book, except for Nattie, are seriously degraded. And i guess that’s what the author wanted to portray; the cruelty of the sect towards women.

The ending was pretty rough, this is a nice start to a new series filled with adventure. I really hope we get a lot of more the Egyptian culture in the next book but overall, a nice read 😛