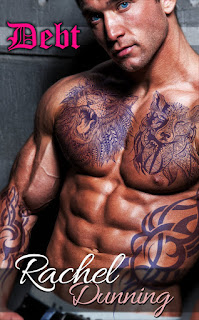 I pay my debts, and I expect others to.
I was raised in the slums of London, I knew nothing of privilege. My father was murdered when I was seventeen. Morty figured my father’s passing meant I would automatically take on dad’s debts. I refused.
And I paid for that refusal.
So did my sister.
So now I fight. All I know how to do is fight. The best cash is in the states, so that’s where I am now. A big fish called Vito came along offering me a “favor” when I arrived.
Another debt.
I paid for that one too.
I knew Kyla Hensley would be trouble when I met her. But I wanted her. I could see through the falsehood of her wannabe-slutty clothes and her sexy legs. So I chased her.
Besides, trouble is my middle name.

I was brought up in privilege, but I lacked everything else. My father is a business tycoon who buys and sells and doesn’t care who gets rolled over in the process.
I never knew my mother, and all I have of her is a photo with a note scrawled on the back in French saying “I’m sorry.” The only Female Figure I had growing up is my dad’s wife who is a bleach blond with seven boob jobs. We never bonded.
I drink. I party. I meet guys.
But I wasn’t always like that.
I’ve had a string of lovers in the last few years, the worst and most recent of which was Vince Somerset. My best friend Vera was dating a guy called Rory Cansoom who is the opposite of Vince in so many ways, and yet so the same.
She and I hit the road for the summer, getting away from the two college psychos and just trying to have some fun.
But there’s a funny thing about trouble, the more you run from it, the more it finds you.
Which is when I met the Debt Collector.
It was only supposed to be sex. He made that clear. I made that clear.
That’s all it was supposed to be.
I never expected to fall in love. I never expected to fall so deeply, madly, uncomfortably in love with a man who is wrong, so wrong for me.
And yet…so unbelievably right.

I push my head back against the wall, not sure what’s coming, but not fighting it either.
“Who are you?” he repeats.
“I…I don’t know what you mean.”
“I see you at a bar in Texas, then I look for you all over Nashville. And suddenly you’re at my side in a hospital, following me into this warehouse. Who are you?”
“I didn’t follow you into the warehouse. You needed to pick up your truck, and you were stumbling.”
“So?”
“So I wanted to make sure you were OK.”
“And?”
And I want you to take my clothes off and I want us to live happily ever after. “That’s it.”
Logan grins, a deadly look for him with his dimples. “Don’t do that,” I say.
“What?”
“Smile.”
“Why not?”
Because you’re beautiful. “Just don’t.”

I have no desire to settle down.
I have no desire to make Kyla be the last woman I’m ever with.
But, damn it, I’d like to be given a chance to do those things. Does she even feel anything for me?
I know I do.
I feel something.
Not love. Something else.
Like I need her.
Like I’d stop breathing without her.
Like the sun would stop being so bright or the sounds of the world so sweet if she disappeared.

She’ll soften me.
She’ll break me.
But I don’t care.

“Tell me for real,” I say. “Tell me what I didn’t guess about you.”
Logan doesn’t answer, and already I’m regretting the question. I know something hurt him, but who am I to ask him about it so soon? I’m breaking my rule, I want to know him, I want to know everything about him.
He shifts his arm so that my head is no longer resting on it, leans forward.
I did overstep it, but I don’t care. Maybe this is the last time I’ll ever see him again, and I want to get everything I can out of it, not only the sex I’ll demand later.
He looks down at his feet, then at me.
He inhales a deep breath, and then he says something to me that will forever change the way I think about the world. He tells me a story that puts my own life in perspective, and makes me question what I’ve held dear, and what’s really important in life.
He tells me about how he lost his father. And his mother.
And why he fights.
And why he continues to fight. And what he really sees when he’s in that cage, the hate, the fury, the pain.
By the end of it all, my world is shattered, the floor is shaking, I have no stability.
By the end of it, I know one thing, and I know it to my core, my very fiber. And I don’t care if it’s too soon, I believe in intuition, I believe in it more now than ever.
The thing I know is this:
I love this man. I love him irrevocably. I love him more than I’ve ever loved anyone.
And I know I will lose him.
I know it. More intuition.
But I love his very soul.

I hold on to Logan with all the strength I can muster.
Somehow, if I let him go, I think I’ll drown.

She looks at me with eyes that say something to me. They’re the eyes of someone who’s realized something. Not happy, not excited, not sad. A bit of all of it. I think the word they use for that crazy mixture of emotions is Love.

Not intended for readers under the age of seventeen.
Genres:
New-Adult Romance
Sports Romance

TILL FEAR DO US PART REVIEW

THE BEST KIND OF MAGIC TOUR+GIVEAWAY