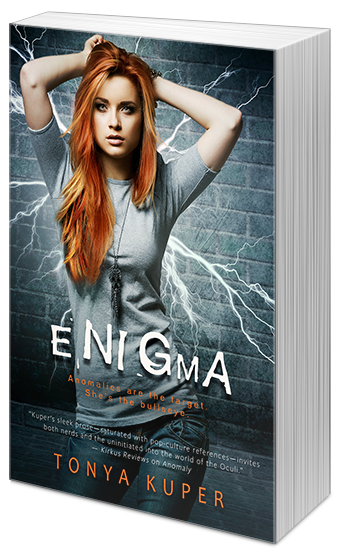 The highly anticipated sequel to Anomaly will be released the summer of 2017!
Worst. Road Trip. Ever.
Escaping with Reid Wentworth should have been fun, but how can I enjoy it when I just (accidentally) killed someone, my mom and brother are in danger, and the Consortium is trying to enslave humanity? (Yeah, they aren’t fooling around.) So feeling something for Reid Wentworth was not part of the plan. Trying to help unite the Resistance against the Consortium means I can’t be distracted by hot boys.
The Resistance secret hideout isn’t exactly the rebel base of my dreams. A traitor there wants me dead, but we have no idea who it is. And with both the Resistance and the Consortium trying to control me, the only one I can trust is Reid. If we’re going to have any chance of protecting my family, controlling my unstable powers, and surviving the clash between the Oculi factions, I’m going to have to catch this traitor. By using myself as bait. 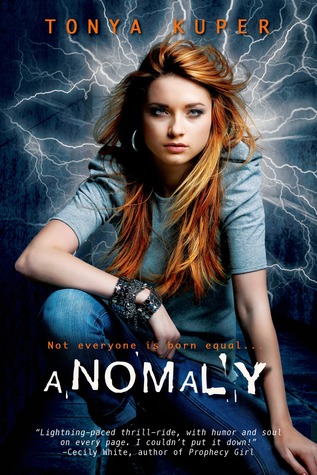 One of the first things that really caught my attention was the amazing character development that Josie went through. In book 1 she was quite naive and innocent but straight away from this book, Josie’s character is trying to deal with the consequences of what happened at the end of book 1. She’s shaken and quite confused about herself but she works through it and even though she retains that nerdiness we all love, she seriously becomes badass! She’s also a really compassionate to the other characters in the book and it made her look quite mature!
The best part about Josie was that she never tried to change who she was, she OWNED being a science/fangirl! She never even thought about changing who she was or anything and that to me was her greatest strength. And part of why Reid and Josie work so well together is not only because Reid acknowledges who Josie is as a person but he accepts it, loves it and even admires her tenacity to never loose herself.
Tonya Kuper (lol that just auto corrected to Super-which is fitting) really upped the stakes in this book! much more action, a really fast and gripping pace that would not let go of you. Though at times it did feel like the romance took the limelight from the plot because of the whole “forbidden romance” thing but the intensity of the plot was always looming in the background. I won’t spoil anything but the danger level is HIGH.
Reid my beautiful Reid was just as sweet in the book as he was in the first! I was literally swooning every time he would talk about keeping Josie safe. That was his top priority at all times and you could just feel how much he loved her! He’s unrelentless concern for Josie was throughout his POV and he found all her nerdy refs adorable!! #BoyfriendGoals! 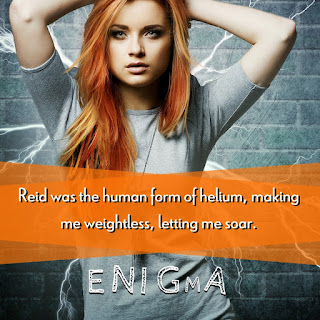 Josie, if possible, got even more hilarious! I found myself nodding and agreeing with all her fandom references. This is a total fangirl! 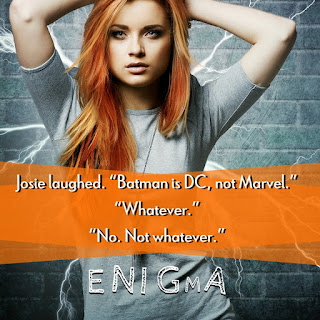 I really enjoyed the whole power aspect of the book, the superpowers were original and it kept you entertained because it’s not something you’ve seen before in any YA book. I’m not always a scientist-fi fan, I tend to lean more towards fantasy, but I can’t explain how unique and awesome this book was! Definitely one of the best books I’ve read this year!

The ending was nothing short of spectacular! What a whirlwind seriously. I hope, really really hope that we get a spin off because I see a lot of possibilities here! We don’t usually see a lot of duologies in YA and this book was meant as a trilogy at first. But I have to say, I’m so happy this is a duology!  There was great pacing throughout the two books and maybe a third book would have lost my attention at some point so I’m super happy with the author’s decision! Great conclusion to this duology! 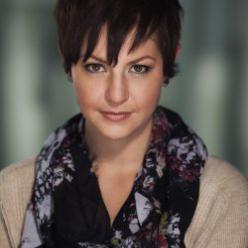 Tonya Kuper is the author of ANOMALY, the first in the Schrodinger’s Consortium Series, a young adult science fiction trilogy, released November 4, 2014 by Entangled Teen. She fell for Young Adult lit while earning her Masters degree in Reading Education. She’s a mom to two awesome boys, an alt music junkie, a Star Wars nerd, and in love with Sherlock.
Twitter | Website | Facebook | Instagram | Google + | Goodreads
Follow the rest of the tour here
a Rafflecopter giveaway