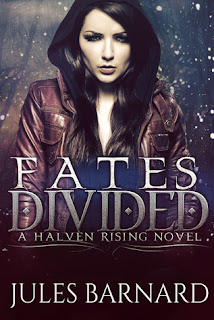 Goodreads Summary
Elena Rosales has busted her ass to get into a good college. She’s the only one in her family ever to attend, and expectations are high. No pressure. But Elena’s got this one in the bag, because she’s as dependable as the molecules she studies, as reliable as the chemical reactions that comfort her in their predictability. Until they don’t.Elena has always wondered why her mother abandoned her on her first birthday. It’s not until she turns eighteen and her chemistry experiments go berserk that she learns the truth: Her mother wasn’t human, and the Fae are willing to harm those Elena loves if she doesn’t use her power over the elements to cure them of a deadly disease.Derek, Elena’s brooding neighbor, isn’t the friendliest guy, but he has access to an off-hours lab and is willing to help Elena create the antivirus. He has his own secrets to keep, and this business Elena is mixed up in could blow his cover. But when Elena and Derek get together, more than chemicals spark fire—and they soon discover just how complicated attraction can get when they find themselves on the other side of the portal, fighting for survival. Lives collide, and allegiance and love are tested, in Fates Divided.—–In the Halven Rising Series, love and ancient allegiances are threatened when the worlds of Fae and Halven collide. Each Halven Rising novel features a different couple and may be read as a standalone, but an overreaching story arc connects the books, so it’s fun to read them in order.

in Northern California, The United States

gender
female
website
http://www.julesbarnard.com
twitter username
jules_barnard
MY REVIEW-3.5 STARS!!!
Elena is a normal college student. That is until her chemistry experiments go wrong when she starts boiling liquids without a flame. Scared out of her mind, Elena seeks the help of her hot neighbor who has access to a chem lab after hours. Once there, thins go from bad to worse. Elena can’t seem to figure out what’s happening to her and Derek knows something is up. Lena discovers that she is an abomination-half fae but no matter how much her race haates her, they need her to save them from the illness that has been killing them off. To top it all off, she only has one week!
This book was not a bad read for me, i just had trouble connecting with the characters and getting gripped in the plot…
The world building was one of my favorite parts! It was well explained and designed to capture your attention. Loved the magic involved and i admit that the plot was really original and catchy. Keen-my beautiful Keen! This hot fae bodyguard will definitely steal your heart!!!
Overall a fresh and nice start to a new series!