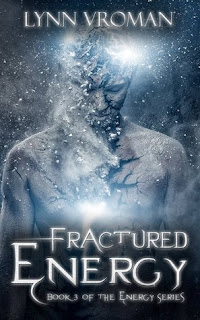 When Cassondra took Wilma’s energy, Lena’s mission changed. Only revenge matters now.
For the past year, Lena and her small army have tried to finish what they started, beginning with Earth: close the lines between worlds and end Exemplar’s hold on humanity. Unfortunately, the task is daunting. But unlike before, Lena has no problem pulling the trigger. As soon as her army takes care of threats in Earth, Lena goes back to Arcus—only to find out where the next war will be.
Tarek will do anything to mend Lena’s heart, even while she pushes him away. Only death for a death seems to ease the pain tearing her apart. But as much as he desires to heal the woman he loves, Tarek has to make sure Arcus stays safe from extermination.
After an attack, refugees Tarek has sworn to protect are terrified Exemplian authority will destroy their new home. Not able to defeat Exemplar’s direct assault, only one solution remains—a solution that will more than likely end in catastrophe: take the war to Exemplar and shut down their power source.
Lena doesn’t see disaster for her army—she sees victory and demands to go, refusing to miss a chance to kill more Exemplians.
While Lena hopes to save Wilma’s energy during the impossible mission, Tarek fears Lena will lose more than the war.
If she fails, Lena may lose herself completely.

After a certain someone’s death, Lena is broken. She kills, she fights and basically detaches herself from her humanity.  Tarek  is also broken, he feels helpless because he can’t help Lena find herself but how much longer will he hold on if it means putting his world, Arcus, in danger. Lena’s gang will do anything to achieve what they want and the only solution is war.

Lena. WOOOOWWW. Let me show you what Lena was like in book 1

Book 3 she, especially the ending when she was overcome by grief and hate,

Lena’s character  transformation is the most dramatic one i’ve ever read about. From a bullied teen, to a confident soldier she has really left an impression on me. Throughout the series we see her evolve and become this witty, confident i say this again, kick ass soldier. Believe me when i say she kicks Katnis and Tris thousands of miles away from the strong-soldier-kick-ass-heroine throne. I think what i really appreciated in this book, is that Lena isn’t perfect and the author didn’t try to make her that way. She deals with grief in a very BAD way and yet it was just intriguing. She kills, she doesn’t feel, wants revenge, uses Tarek-now i’m not saying it’s right but i can’t really blame her after her loss. Lena is completely broken. I was sad but come on, it was seriously awesome to read about her character falling apart, you rarely see that in books. Protagonists are usually the saints.

We had some chapters from Tarek’s POV. Man my heart was breaking for him. He can’t help Lena, and for him the girl he once knew and loved is gone. He will always be there for her but he’s just devastated. On top of that, Arcus has become a refuge and could fall apart. He has to make a decision between Lena and his world. How long will he be there for her just when she wants him to be? Lena is broken, but Tarek is falling apart. Lena is pushing him away and his heart is breaking.

Now for something a bit cheerier. FARREN <3 The love of my life in this book!!! His relationship with Lena as an older brother never ever fails to warm my heart, They are just so adorable together!!! Another thing i loved was the gang. All super unique, kick-ass and awesome. Loved Lena’s interactions with them, a really tight knit group despite all the fighting and the swearing!

Plot wise, this series will never fail to amaze me. There is no better way to describe it, these books OVERFLOW with action, the last one more than the previous one. It’s dark and thrilling! The twists and the revelations! WOW! I never saw all of that stuff coming! The ending is bitter so bitter. Needless to day, I WANT BOOK 4!!!!!!

I cannot recommend this series enough for all fans of Hunger Games, Divergent or any YA fantasy/romance/action lover. This series will blow your expectations right out of the water!