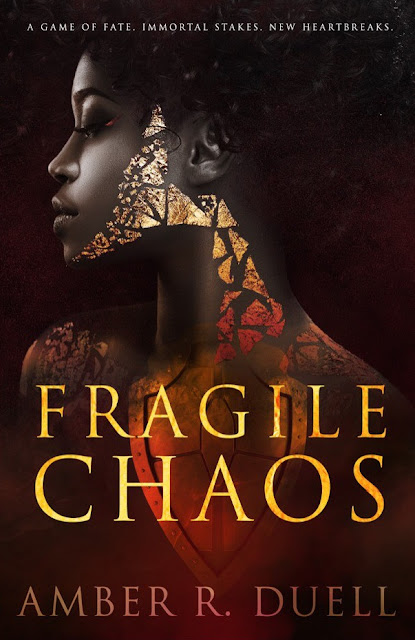 A GOD OF WAR SEEKING RESTORATION.
AN UNWILLING SACRIFICIAL BRIDE.
BETRAYAL THAT COULD DESTROY THEM BOTH.
“[E]very fiber of my being is woven from the rage of mortals.”
Theodric, the young God of War, has a talent for inciting conflict and bloodshed. After being stripped of his powers by his older brother, King of Gods, he sets out to instigate a mortal war to prove himself worthy of being restored to power.
“I loved Kisk once; it was my home… But that was before. This is now.”
Sixteen-year-old Cassia, like many in the modern era, believes gods and goddesses to be just a myth. Enemy to her country and an orphan of the war, she has no time for fairy tales. That’s until religious zealots from Theo’s sect offer her up as a sacrifice.
Can Cassia and Theo end the mortal war and return balance to the earth and heavens? Or, will their game of fate lead down a path of destruction, betrayal, and romance neither of them saw coming?

Hello everyone! I’m so excited to be participating in the blog tour!!! First of all can we all take a minute to appreciate this gorgeous cover!? It was what first drew my attention and i’m so glad i got the chance to read this book.
War is everywhere and Theo, the god of War is on a mission to prove his self worth to his siblings. Cassia, orphan and sister to a traitor, is left to wander the streets of Kisk but she never believed that the inhabitants hated her so much for what her brother had done. When the High Priest offer her as an unwilling sacrifice to Theo he has two choices-accept her sacrifice and let her become his Bride thereby stopping the war or rejecting the sacrifice and allowing her to move on to the Netherworld after death. But Theo doesn’t want to stop the war, he has too much to prove to his older brother, and neither is he ready to let Cassia pass on.

I did get a little confused with all the wars and the backgrounds. At times the romance went a little downhill for me but it was a really solid world building and a super unique plot!
Loved Theo’s complex character. He was striving to prove himself to his older brother who had stripped him of most of his powers and he was seriously misunderstood. As a war god he is supposed to remain neutral and he has so much pressure from his siblings. It felt like he was struggling to prove to everyone that he could keep the war under control since he was after all a war god and i really hated some of his siblings for undermining him most of the time although  things don’t always go the way Theo plans. He had his flaws too in the sense that he keeps everything bottled up inside because he’s so hell bent on proving himself and that usually gets his plans ruined.
That’s where Cassia comes in-she kind of shakes him up at some point of the book. I liked the balance and the connection these two had! Cassia was a really brave and sassy character who always had her head firmly on her shoulders.
I think this is a standalone and i’m really happy about that ending. There was a twist that sent the whole book into a tangle of deception and lies which i thought was totally awesome! So would i recommend this one? YES YES YES!!!!
Hope everyone had a lovely Easter :)!

Check out the Chapter One excerpt HERE! 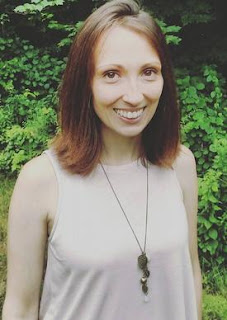 Amber R. Duell was born and raised in a small town in Central New York. While it will always be home, she’s spent the last six years living in Germany and Maine as a military wife where the next step is always an adventure.
When Amber isn’t writing, she’s wrangling her two young sons. She is a lover of history, a fan of snowboarding, and a travel enthusiast. In her downtime, she can be found curling up with a good book and a cat or two.
For more information, visit www.amberrduell.com.
Author Links:
Website│Goodreads│Twitter│Facebook