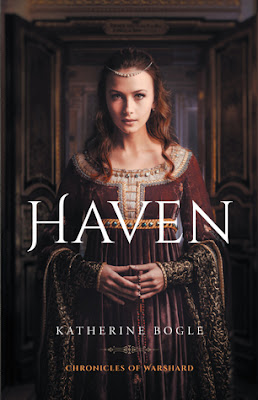 Princess Haven was never meant to be Queen.
Her immortality has saved her time and time again, but when the last of her royal family dies at her feet, she is next in line to rule a nation on the brink of war. With no formal training on how to be Queen, Haven must rise to the occasion with the help of her best friends, and personal guard, or risk losing everyone she has ever loved.
With war to the West, and no escape to the East, the evil tyrant Kadia sets her sights on the six kingdoms. Haven’s neighbors are quick to fall under the swords of Kadia’s shadow soldiers, leaving a sea of bodies and a clear path to Haven’s only home.
As Kadia’s obsession with Haven mounts, little time remains, and Haven must make a choice; join together with her fellow Royals, and test her immortality in a final stand against the evil Queen, or flee across the sea to a foreign republic in hopes of salvation. Both choices have a cost. Both plans could go awry. Haven must decide quickly, or she might be the only one left.

Wow wow wow!!!!!!!!!
This book was so plot focused on war and its alliances! Loved it! It’s a total immersion into a YA world with six kingdoms on the brink of war with an evil queen that’s been attacking the kingdoms. You’ve got secret council meetings between the monarchs so they can plan out how to help each other. A swoony love interest, a gentle queen and her three badass guards!
Kadia-the tyrant- was CREEPY AS HELL. I was literally cringing every single time she appeared in the book! She was a formidable villain but she was without a doubt absolutely batshit crazy. A total psychopath who was obsessed with how Haven and her curse “worked” so she really wanted to…experiment. The things she made Haven go through omigod it was HORRIBLE. It was pretty brutal stuff but still, wow, Kadia was such a good character!

Haven was such a compassionate character and she was so dedicated to people. She really broke apart from the usual warrior female characters that have literally been overtaking YA books lately. But she was a warrior through her intellect and the way she always put her people first. I was really picturing her as Adelaide Kane from Reign!

There was also a lot of conflict in Haven’s character. She can never die from diseases/wounds until old age came for her and she saw it as a curse. So she kind of shields herself from the possibilities of love because she didn’t ever want her children or descendants to be in the same position as she was-left completely alone without the escape of death until she became old. Even though it was a curse she was grateful at times because her country needed someone with her immunity in these harsh times. She really developed in the sense that she stopped trying to close herself off from others and learns to live and not just survive.
I wish we would have had some more information on how she had this curse and i also thought the romance went a little too fast! I loved both characters (I’m not gonna say who the love interest is) but i think it developed a little too fast and i would have liked to see more of them together.
And while it’s true that Haven wasn’t physically a warrior, the author balances that out with her three personal guards who are all women and her best friends! Also kudos for mixed characters we have a homosexual couple!
This book can absolutely be read as a standalone! But we were introduced to the Seaburn kingdom in this book. And this kingdom kidnaps children from all over the kingdoms and puts them in awful harsh training academies so they can become full fledged warriors. We met Nina towards the end and her father Drakkone who are part of  the Seaburn empire-and the second book in this series will be about Drakkone and a girl named Breen who i think was Nina’s mother! So i’m really looking forward to reading more about Seaburn and the horrible academy!

Katherine Bogle did an amazing job at world building and creating strong and passionate characters! It was so good to finally read a high fantasy YA standalone!!! Thank god i have an ARC of book 2 so i can dive right in! 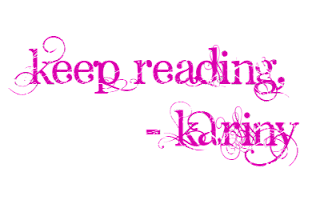