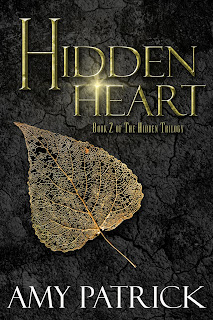 Give in to the Glamour as the saga continues… 17-year-old Ryann Carroll thought she knew who she was… a small-town Southern girl just trying to survive her parents’ messy divorce and find some peace for herself. She thought she knew what she wanted… a summer job, a car, a first date that didn’t suck, and NO complications from a serious relationship—any guy in her life would simply be icing on the cake. But now… she’s not only in love, her boyfriend Lad is a member of a secret race that’s lived secretly among humans for thousands of years, mentioned only in flawed and fading folklore. Things could hardly get more complicated than that. More importantly, she’s learned the world’s top celebrities… those actors, musicians, athletes, and politicians who seem a little too beautiful and talented to be true… actually are. They’re not human, and they’re using their glamour and the increasing popularity of fan pods to control more and more humans. But why? With her best friend Emmy leaving soon to join the fan pod of a famous actor, Ryann has to find out the answer. And she can’t do it alone. But after a shocking murder, Lad can no longer fight his destiny or his duty, and Ryann’s not sure whether his top priority is their relationship or his people. In this second book of the Hidden Trilogy, true friendship will take Ryann from rural Mississippi to the glittering city of Los Angeles. And true love will take her to places she never expected to go…

Ryann thinks everything is going well. She finally has a chance to be with Lad. But that all comes crashing down after the death of his father. Ryann is suspected and Lad orders her away, she doesn’t see him for days but she manages to keep her cool and keeps telling herself that he will come back. In the meantime, her friend has joined a fan pod of an elven superstar. She’s wiped of her senses and becomes a squealing fangirl, worshiping her elven idol. Determined to save her friend, Ryann asks Lad for help but he denies her and breaks off their relationship. Heartbroken, she turns to the only one she can. Nox, Lad’s brother and a dark elf that follows Ryann around intent on flirting with her. Together they leave for LA into the world of stardom to save Emmy. But can Ryann fight her feelings for Nox?

I loved the first book in the series. And yes i loved Lad and yes i loved Nox even more. But this book? This book has made me fall head over heels in love with Nox! I’m team Nox all the way!!! I did think Lad was best for Ryann despite that i preferred Nox. But now that the author has given me a taste of what it would be like if Ryann and Nox ended up together, i jumped ships! They have this cute banter and this SIZZLING chemistry! There is no other way to describe it. Despite his playfulness, Nox is super attentive and protective of Ryann. And on top of that he’s a rising star! How could you go wrong with that???

I have read ‘the sway’ which is the story of Vancia. She’s Lad’s fiancee. I’m feeling a kind of love rectangle thing going on in book 3 But i know that i will always be voting for Nox and Ryann. I have no idea which way the author will play this out. I get that Lad is Ryann’s first love but after i what i just read, i’m getting a slap of reality and first loves aren’t always true loves. Maybe i’m grappling at any loose thread so Nox and Ryann can be a couple but i’m willing to lay all hope on these two!

Character growth was a major aspect of this book. After Lad left, Ryann didn’t sulk for months or wallow in self pity. She got up and went to save her best friend.I admired her courage and loyalty to Emmy. It really made me like her even more because she sacrifices almost everything to save her. She didn’t go and plead with Lad, she just was just like. “you let me go, I hope you know what you’ve lost” her whole attitude in the book made me applaud her.

Plot-wise i can say that it had a steady pace. Lots of unexpected things happened and i highly recommend this whole series. But if you are going to continue this series i think you really need to read ‘the sway’ because it’s about Vancia and she’s going to be a vital part of the end of book 2 and book 3.

On a side note, I’m loving this trend in cover and title!

Loved seeing the celebrity world added with an elf concept. Loved this book and cannot wait for the next one. Amy Patrick is definitely working her way up the YA ladder with her enticing and thrilling story! I’m so eager to see how this conclusion plays out!