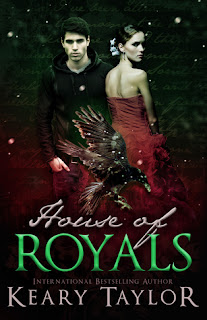 Every town has its history and skeletons, but Silent Bend, Mississippi’s are darker than most. Ruled from the shadows by the House—the immortal Born and their aging, enslaved Bitten—everyone knows not to go out after dark and that the police will never look into crimes involving blood.

Alivia Ryan didn’t know the man who claims to be her father through a will even existed until she inherits the Conrath plantation. Instead of the sleepy house she expects, she finds a mansion and a staff who look at her with fear in their eyes.

Ian Ward tried to kill Alivia the first time they met, and then insisted he train her to defend herself against the House, who he claims will try to manipulate and take her in for their own political reasons. And the growing attraction between them will threaten their lives—Ian is a sworn enemy of the House.

In Silent Bend, people disappear, the threat of a demented King and the legend of his resurrecting Queen hang over everyone’s heads, and proving loyalty means far more than blood. You’d better watch who you trust in this town…

Alivia, a normal girl discovers that she has inherited an estate in a town from her recently deceased father. She does not expect an enormous mansion with cooks, maids, a butler and chandeliers. Having never known she had a father, Alivia is desperate to know the man who has left her his house but when her research leads her to an old macabre scene, she discovers that her father was not the man she expected him to be. He was feared, and as she soon discovers, not a human, Alivia has not yet become a vampire but the house of vampires her father should have ruled wants to claim her, while she has to keep her feelings at bay for the hot vampire hunter who will soon become her enemy.
I’m going to give you a quick background info on the houses and all. So basically you have a king vampire and he had sons and they had sons etc…some of them went evil and they were killed. Now the houses are each ruled by a royal-a descendant of the king himself. The house of vampires at Silent Bend doesn’t have a royal as a ruler so they’ve been kind of shunned by their society and disgraced. Alivia’s father who should have ruled the house wanted nothing to do with them.
This is one of the most unique and entertaining books i’ve ever read about vampires. You’ve got this power struggle within the houses and with others. A ruthless king who’s searching for his dead queen that resurrects once in a while. You’ve got so many things going on but not in an overwhelming way-it just made the story so much richer. There were myths and legends and a very in depth history that really made you realize that this wold of vampire politics runs deep.
I really liked Alivia, she was brave and a little reckless but sweet and determined. Ian was a pretty badass hunter and quite cocky but sometimes the author would portray him as sweet, innocent and vulnerable, I also really enjoyed Rath’s character and the fatherly relationship he has going on with Alivia.
The house that Alivia should rule is one of the most fascinating factors of the book. You’ve got the ruler, Jasmine, who is not a royal but wants a royal to claim the house without her giving up her position. Talk about power thirsty! Then you have some other members, all unique and vicious. And they all hate Alivia! It will be interesting to see if she will be able to win them over.
My only problem with the book was that it was predictable, even the ending was. I would have liked some more twists or surprises…and also i wish we had a little more on the King and his search for his resurrected queen. I get that this book focuses more on the royal claiming a house part and i’m guessing the second book will explore more of the king part. I really hope we get to meet him, he sounds super scary and powerful!
A very enjoyable read if you’re into vampires and royals! 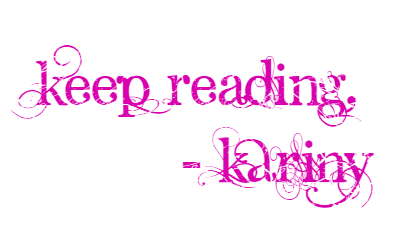