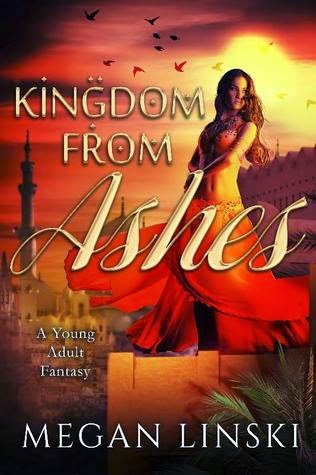 Princess Bennua is to be married. The daughter of a sultan, her duty is to marry a powerful yet cruel warlord to be her husband, sealing an alliance that will scare the desert of Sahrahn into submission. But the wedding is halted in place when the infamous Raider Prince, king of thieves and leader of the dark city Ashana, threatens to take her city by force.

Sacrificing her freedom for her country, Bennua agrees to accompany the Raider Prince on his travels if he leaves her homeland alone. Stolen from her charmed life Bennua begins to learn the truth of what lies beyond the palace walls and the suffering that plagues Sahrahn’s people. Bennua begins to plan her escape, but the more she learns from the thieves the more she finds herself becoming one of the them…all while falling hard for their leader, the Raider Prince himself.

This book has an Islamic background and gives an amazing insight on the Arabian culture!!

Bennua is a princess and is engaged to get married to Quasim,  the most handsome and  powerful. She abides by rules of her country-don’t talk to men, were a veil and so on but she longs for freedom. Quasim has already had two wives before her and they warn her that he is vile and cruel. Bennua knows that if she marries him, she will be more restricted than before but she is ready to do so because an alliance with him would secure her country’s welfare. Then attacks on his homeland start and Quasim is forced to leave before his wedding but promises to be back in a few months. In the meantime, The Raider Prince himself arrives at the sultan’s house and demands and alliance to ensure the welfare of his kingdom. His kingdom is known to be full of murderers and criminals. And when he threatens Bennua’s brother, she agrees to go with him to his homeland. And so their journey begins!

Bennua has to be one of my favorite princess characters! She’s kind, sweet, stubborn, strong and would do anything for her country and her family. She reminds me of Katniss who took Prim’s place in Hunger Games and let me tell you, agreeing to go with a total stranger said to be the devil himself to save her home  is equally if not more heroic!

The Raider Prince is a young handsome man who as passionate as Bennua. He loves his city more than anything and it is not a place for criminals and murderers as Bennua was led to believe. It is a place of freedom, which had been burnt long ago, leaving ashes like a blanket on the ground. The people there are happy and free and Buenna starts to realize the truth that she has been hidden from all her life as she falls head over heels with the prince. Bennua starts to love the freedom she’s got but she still feels like a prisoner. But is was Quasim’s intention only to acquire a bride or was it more?

I absolutely loved this book! Buenna was a worthy princess and i loved her journey as she starts to trust the prince and appreciate him! This is definitely a favorite of mine-just splendid writing, great plot, action, romance, humor and everything else just comes together perfectly!! I just cannot get over the amazing setting of the desert and the kingdoms!! LOVED the ending. LOVED EVERYTHING!!!!!!!