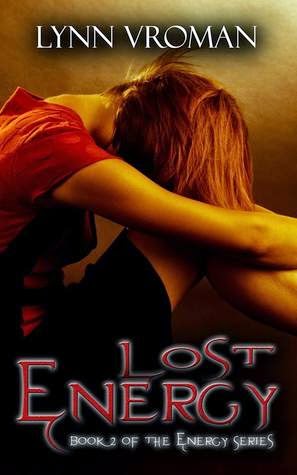 Last spring, Lena discovered who she was.

Now all she wants to do is move on—and find a way to be with Tarek, the new Warden of Arcus and the love of her life. Even though worlds separate them now, she holds onto the hope they’ll be together again. Until then, Lena focuses on being truly happy for the first time in her life…this life. She has new friends, an apartment free from her abusive father, and the chance to live a normal life.

But for Lena, the past never stays gone.

A woman from another lifetime reveals Cassondra, Exemplian’s new authority commander, is seeking revenge against Tarek for killing her brother. There is only one way to end this new threat…

This time, it will take more than Wilma to keep the monsters away. It’ll take an entire army–an army who remembers Lena from her past life, and who might just want her dead, too.

Lena’s past will shape her future more than she could ever imagine.

Casimir has been defeated and Arcus’ new warden is Tarek. Lena and Tarek are forced to live in different dimensions because of this. Lena spends her time hanging out with Belva, taking care of her dad and training with her new protector Farren. She misses Tarek immensely but at night, she can hear him in her mind. But when a guardian shows up at her dad’s house and tells her that Cassondra, Casimir’s sister, is looking for revenge, Lena jumps into action to protect those she loves. Secrets from her past life are revealed, things she had never thought Old Lena had done, treacheries are exposed as the battle escalates to extreme heights and loads of deaths.

At the beginning of the book i was a bit disappointed because Lena and Tarek were not together. I thought i would miss the romance but i really didn’t! The whole book was a battlefield, there was danger everywhere! It was an amazing action packed book that always kept you reading and reading because all the battle scenes were really intense. I think everyone came so close to dying at one point that i was always like ‘is this it? are they dead!?’ But the author really kept surprising me throughout the book!

Farren. Farren is my favorite part of the book! His relationship with Lena was just so sweet and hilarious. They love each other so much and protect each other-in a sibling kind of way. In her mind Lena refers to him as a brother and i just got all  giggly when i read that because they have got to be the most awesome non-siblings in the world! I love how Lena refers to him as Ginger and then sometimes they curl up together to sleep and i’m like ‘AWWW!! I WANT A FARREN!” Their relationship was just so easy and so well interpreted that i found myself wishing i had a brother like Farren!

Lena has so changed so much from book 1. And i’m talking a lot! she’d be my top 1 in character change category! She’s become this strong determined SOLDIER. She’s not weak or lovey dovey, she’s firm and has become a real leader. I honestly say she can give Katniss Everdeen a run for her money! Despite being strong and firm, Lena is still as compassionate as before. She is driven by justice and courage to save the innocents being killed, She is constantly putting her life in danger for all the innocents and even sacrifices her time with Tarek. Lena looked like a queen to me in this book!I did not expect her to be like this, she truly surprised me! But she still has her reckless side!

Like i said, the setting is a battlefield. There are no casual strolls in the park to contemplate life. Instead there’s B&E and a rebellion! I really could not get over how awesome this book was! The ending is full of promises for the next book! I’m sure it will be even more action packed than this one, and i know Lena will not disappoint! In all of the books i’ve read so far, Lena makes my top 3 kickass characters! I loved having more of Wilma in the book, i really love her, she’s a really complex character but she’s awesome!


Lena discovers so much about her past life and her relationship with Tarek is put to the test when she learns old Lena wasn’t all that good. Loads of twists and shocking revelations really left me completely awed! All reader of sci-fi will LOVE this series!!!