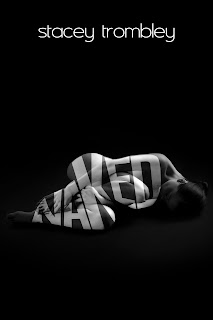 Naked
by Stacey Trombley
Release Date: 07/07/15
Entangled Teen
305 pages
Summary from Goodreads:
A teenage prostitute looking for redemption must face her secrets before they destroy her…

When tough teenager Anna ran away to New York, she never knew how bad things would get. After surviving as a prostitute, a terrifying incident leaves her damaged inside and out, and she returns home to the parents she was sure wouldn’t want her anymore.

Now she has a chance to be normal again. Back in school, she meets a boy who seems too good to be true. Cute, kind, trusting. But what will he do when he finds out the truth about her past? And when a dark figure from New York comes looking for Anna, she realizes she must face her secrets…before they destroy her. 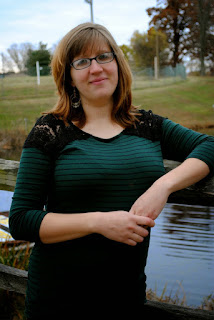 Stacey Trombley lives in Ohio with her husband and the sweetest Rottweiler you’ll ever meet. She thinks people are fascinating and any chance she has, she’s off doing or learning something new. She went on her first mission trip to Haiti at age twelve and is still dying to go back. Her “places to travel” list is almost as long as her “books to read” list.
She wants to bring something new to the world through her writing, but just giving a little piece of herself is more than enough.
Keep a look out for her debut novel NAKED, coming from Entangled Teen in 2015
Author Links:
Website│Goodreads│Twitter│Facebook

Anna ran away from her rich abusive father and her submissive mother at the age of thirteen. She hopped on a bus and disappeared for three years. She never expected the turn of events that led her into prostitution. And yet they happened. But Anna gets caught and goes back to her family and school. Rumors fly and bullying starts but Anna tries her best to keep her past away from Jackson, the sweet boy that seems to be her shield. But someone of her past is back and they won’t let Anna live in peace as they threaten to destroy her fresh start and unveil all her past.

First off, what an amazing book! It deals with a pretty touch subject-prostitution. And of course, maybe others did that too, i was pretty judgmental of Anna before the story progressed. And i guess that’s what the author wanted to show us-there are reasons for everything. Anna is STRONG. I can’t really blame her for running away and i agree that most of her decisions were stupid but this book felt like it was about mistakes and fixing them. And no matter how much Anna is victimized because of her young age, i seriously think she’s a survivor-not a victim.

I guess i was kind of irritated at times with her because she kept saying how she was ‘in love’ with Luis, (her pimp i guess?) and how he could never use her. I just wanted to yell at her ‘How can you be so blind!’ But anyway she has been brainwashed for three years and it had a huge psychological impact on her so i couldn’t really blame her.

I loved the writing style. You could really feel Anna’s torment and her need for a fresh start. You also get little sneak peaks and flashbacks throughout the story that keep you super intrigued before everything comes together in the end. So basically, Anna’s background isn’t just given, its just snippets here and there that come together.

Oh Jackson. SO SWEET!!! He’s not the popular guy at school-in fact he’s pretty much bullied despite being drop dead gorgeous. I loved his easy going relationship with Anna and the fact that he protected her without making her look weak. Okay there is a doggy in this book which i LOVE!!

I think this book is a must read for everyone. It’s a story about finding out where you belong and who you really are. Wow that sounded cheesy! But yep that’s the truth. The story isn’t just about Anna’s escape and how she faced her past but also about how her mother faced her problems. It has EVERYTHING  a dark contemporary lover would want. Loved that ending and especially the evolution in Anna!!