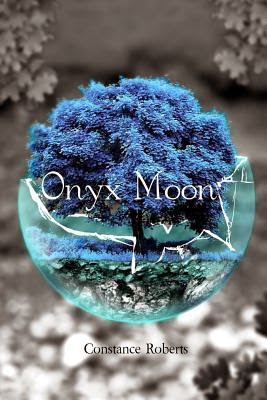 What if you were forced to live a double life while you sleep, and pursued by Demons while you were awake? City girl Ora Gondry has spent all of her nights in a dreamless sleep, until one night she finds herself awake in a foreign realm. Through the help of long forgotten heroes: a legendary swordsman and a former witch, Ora learns her soul teleports to a separate twin body while she slumbers. In Alethia, a land plagued by demonic legions, she must awaken her true power before the world falls to dark forces. While in the city, she struggles to pass exams and keep her best friend from joining a wannabe vampire cult. Oblivious to just how connected these two worlds are, Ora must wager which new friends are true allies, and which are Demons in disguise. But after a crushing betrayal, she is left questioning everything. Armed with only faith and unseen Angels, Ora learns to fight for beliefs and a courageous power she never knew she possessed.

Ora has never dreamed in her whole life. Until one night she dreams of stepping out of a tree into another world called, Alethia. She brushes it off as a dream but it seems to be recurring  and they feel so vivid and real as well as the people she meets. In Alethia, there are seven legions of demons all ruled by the dark lord. However the ruler of the legion of the Sardion sends his half-breed servant, Doeryan to earn Ora’s trust and lure her to be a sacrifice during the onyx moon. However, as Doeryan follows Ora around he seems to be enthralled by her. Will he go ahead with his plans to lead her to her death or will he save her despite his orders? Every time Ora sleeps in the real world she goes to Alethia and every time she sleeps there, she wakes up in her world where her best friend seems driven on becoming a member of this cult. But the enigmatic and dangerous leader, Seven, seems to be more evil than the average teenage girl. Is she really just a weird cult leader or she is more entangled in Alethia than Ora could have guessed?

This was one of the most gorgeous and unique plots i’ve ever read! The idea of girl waking up in another word is simple yet so intriguing! This goes without saying that Alethia was beautifully described-vivid and so alive. Everything seemed magical from the “abandoned castle” to where the Sardion ruler lives. The plot was well explained and extremely complex. Each world felt like a totally different story and yet there were so many things linking them together! So basically there’s a prophecy about someone with a soul and two bodies that will destroy evil and Ora is that person. And the demons want to sacrifice her on the Onyx Moon to get a lot of EVIL power! I honestly think you can’t go wrong with a plot like that!

I think my favorite characters are Joel Xader and Doeryan. Joel was a hero in the war against demons but was cursed to remain in the castle after the death of his beloved. You really felt like he had his own personality. He’s super overprotective, sweet, haunted by the loss of his beloved, skilled and loves telling tales of his battles. He really intrigued me. I loved the battle scenes he described-it felt like a bonus story to the book! Doeryan was the most realistic character to me, Being a half human and half Sardion, he is rejected and shunned by the other Sardions and yet the ruler uses him to do his dirty jobs. He is often taunted, beaten and degraded verbally because of his origins. He longs for freedom with an immense passion and this is why he accepts to betray Ora. A part of him, i wouldn’t say hate, but more like dislikes Ora because she has such an effect on him and the more he gets to know her, the more he realizes that she is an obstacle stopping him from getting his freedom.

I’m also quite curious about Letty, a little girl living with Joel. At times she seems like a normal jumpy, sparkly kid but sometimes she says really weird stuff like premonitions! I’m really suspicious of her and i can’t wait to find out what is really up with her! I somehow didn’t like Vanessa, Ora’s best friend. I mean i get their friendship but she just felt very cold to me-always sending indirect jabs to Ora.

The ending really shocked me and i cannot wait to see what happens next!!! The revelations were so shocking i couldn’t believe them! The author definitely does a fantastic job at keeping you hooked, This is such an intricately woven high-fantasy novel that grips you into a whole new world with endless possibilities with a war raging between demons and angels in the background! *Fangirls in the background*