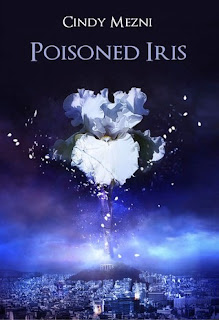 Athens was once the cradle of civilization. Now it’s slowly but surely becoming the tomb of humanity.

The Red Plague, a violent virus which had run rampant decades ago, left its imprint on the planet and the flesh of men. All that remains of the modern world is an endless wasteland of ruins—Erebos—and two cities—Elysion, the obscure island of the Non-Infecteds about which no one knows a thing, and, Tartaros, the crumbling town of the Infecteds where despair, hatred, violence and poverty are the keywords.

And at the heart of this universe lives Irisya, a sixteen-year-old Non-Infected girl, staying recluse in her home to be safe and relying on her brother, Memphis, for everything.

But then, one day, he disappears without a trace.

Irisya has no choice. To save him, to survive, she will have to brave all the dangers of the outside world.

Irisya and her brother are Non-Infected leaving in the land of Infected. To keep their identity a secret, Irisya is forced to stay at home and her brother is forced to mutilate himself to appear like the Infected or else they’ll be taken into Elysion-the land of the Non Infected where no one knows what happens to them. But one night, Memphis arrives home in a hurry and in the morning he’s gone leaving Irisya to fend for herself for the first time and she will stop at nothing to find her brother all while trying to keep her identity as a non-Infected secret.

Irisya was a very unusual character! Btw what a beautiful name!! She came off as a really delicate character, not weak but just extremely fragile. She’d been forced to stay in the house and never really had to face the outside world and only knew it from her brother’s stories. She relied heavily on her brother and when he’s gone she’s scared to death. And that’s the first thing that i liked about her, she never even hesitated once before she left to find her brother. She was scared to death about being found, she didn’t know how to fire a gun-she knew nothing. And yet she found the courage to go after him without a second thought. She was unwavering in her loyal to her cause despite the many setbacks and hardships she had to face.

The character development was amazing! I think in may of the YA novels nowadays many of the protagonists are already badass and sometimes they become even more so or they just keep being badass but in this book you really got to appreciate the character development! Irisya emerged from this scared but courageous girl to this determined kickass character. But i have a feeling there’s way more to her than being only a non-infected because we keep getting subtle hints in the book that she’s not quite only a non-infected so that remains to be seen!

I want to comment on the relationship between Irisya and her brother Memphis! It was SO BEAUTIFUL!!! I WANT A MEMPHIS!!!!!! He was so protective and sweet to his sister! and i loved that he described her as ‘the human part of him’. There’s a scene that literally made my eyes tear up in the book between Memphis and Irisya!! UGH i just love them!!!!

Romance was off the charts!!! Seriously kudos to the author for balancing the plot and the romance equally so that they both took center stage! Cillian was a very complex character to understand. At the beginning he hated Irisya because she posed a threat to his friend, Gem, because she was a non-infected plus there was that prejudice of the non-infected that came to play. I actually found that super interesting that the Infected were disgusted by the Non-Infected! Really cool paradox! I eventually warmed up to Cillian because he was on survival mode and you had to be to survive in this world.

As for side characters, Memphis was my favorite! But Gem was so badass!!! She was so strong despite the atrocities she survived and she was so selfless. In a world where you have to fend for yourself or die, she keeps trying to save Irisya despite that fact that Cillian  tried to dissuade her. Gem and Cillian’s relationship was a little confusing at first- i won’t spoil-but i loved what it was all along despite the original confusion!

“In the past, it was a matter of skin colour, nationality, sexual orientation, money, opinion or even religion. Today it’s a matter of marks or the absence of them in the skin.”

As for the plot, it was fast paced and really exciting! There were quite a few surprises and treacheries. We get gangs, underground tunnels, rebellions. human trafficking and a whole lot more! Excellent world building! And a great cliffhanger!!!!!

If you’re looking for a fresh, unique, action packed, romance and feels filled dystopia then read this!!! I’m so happy my first review of January is for this book!!!! It was a great start to the year!