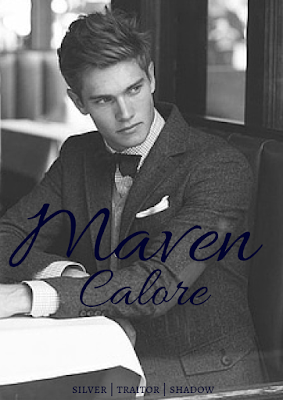 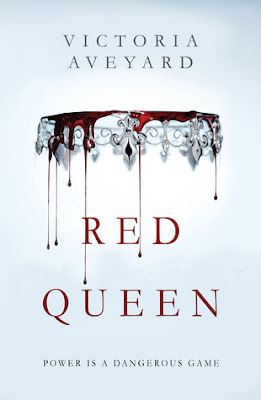 Can we all take a minute to appreciate the beauty that is Maven Calore? I checked goodreads and i saw that a lot of people, i mean a lot, are TEAM MAVEY <3!! so i thought i’d get a discussion going and see on what team everyone is!
So Maven, why do we like him? I get the feeling that his character is the most developed in the whole book apart from Mare. To what extent can we blame his acts? Yeah he is a jealous guy, yeah he has insecurity issues but wouldn’t you if you hand an older brother who is literally the image of perfection in your father’s eyes? Let’s not forget the fact that Cal is first in line for the throne and all the attention has been on him while Maven seems to just linger in the background.
Despite his betrayal, i keep thinking that somewhere deep inside he did in fact love Mare, because in the end of the book he did say that she could have been his Red Queen, and let’s not forget the extremely rare but present fractures in his evil facade,
“I am the king and you could’ve been my red queen”
“I told you to hide your heart once. You should have listened.”

I can’t really feel the chemistry between Mare and Cal..i don’t know why but i just don’t…Plus since i started reading the book i’ve always had this image of Mare and Maven ruling together and saving the Reds. Who knows maybe Mare will manage to appease Maven, get him over his insecurities and they can rule together! That would certainly make it different from other YA books because no matter which way i look at it, Maven does not come out as purely evil to me. Yes he is evil to a certain extent but he is by far the most humane character who just like the rest of us mere mortals, has insecurities! Plus the idea of a hot bad boy king on the throne is kind of thrilling isn’t it?
If the author does actually decide to pursue the love story between Mare and Maven then it will be totally unique! The girl does’t always have to fall in love with the perfect boy! I felt like Mare was starting to bring Maven out of his insecurities even though they did get the best of him at a certain point but then i think Mare has the power to bring him back! Because come on we’re dealing with a young king who’s been in the shadow his whole life and Mare was like the spark of electricity that brightens the shadow (him)!
Other than that, if i remember correctly Mare had acknowledged that Maven had been born to lead. He has the intellect that Cal seems to lack. Cal, don’t get me wrong Cal shippers, is a cool character. But he was a total cliche. The perfect future king who wants to please his father and wants to help his people but is torn between the two, whereas Maven had real character! Yep i’m to the point of gushing!
I also really liked the fact that the author didn’t overdo the “poor me i’m my brother’s shadow” thingy (yes i say ‘thingy’ sometimes). It never felt like Maven was seeking pity, he just was a pitiable character. But then suddenly he breaks that image

And suddenly he’s this TOTAL BADASS!!

Let’s talk about his betrayal now. Despite that betrayal, i think it made me realize how much i was team Maven! Because despite of everything he did i found myself hating him for it and yet cheering him on because he seriously became the most intriguing and complex character of the book! He really jumped out of the page and took form like a real person for me. When they first introduced the princes and when Mare first met Cal i already knew he was a love interest but i was pretty indifferent to Cal. But when they first talked about Maven..,.

Yeah so to conclude, i don’t know if Mare and Maven have future..although that would be a seriously refreshing and a unique idea. I really hope the author doesn’t follow the YA trend and make Mare fall for the “perfect” prince again. Maven is a BEAUTIFULLY DARK AND BROKEN CHARACTER!  Maven is definitely the winner for me.
Ok i stole this GIF from Rachel E. Carter (SORRY IT’S JUST SO AWESOME I COULDN’T RESIST :D)
All the people who hate Maven this one’s for you! Thanks Rachel for using this awesome GIF!

Are you team Maven or Cal? Comment below and tell me why 😛