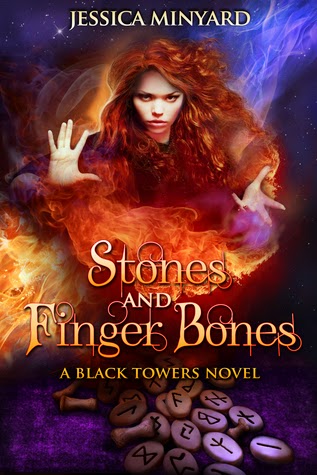 Aurelia Barone, Jewel of Starry Stone, harbors no illusions about the purpose of her life as heir to the throne. But after two failed betrothals, she starts to feel like nothing more than a pawn being moved aimlessly about a game board.Until the night she loses everything.Kidnapped by a wise-cracking mercenary with more than one identity, Aurelia embarks on a mission across land and sea to avenge her father’s death.But an evil is rising from the ashes of memory. Insidious magic is stirring. The dregs of a once-powerful nation are thirsty for blood and revenge.They seek to harness Aurelia. To tempt her. To manipulate her.And if necessary, to destroy her.

Aurelia’s betrothed has died and her father has already fixed her marriage with someone else. She can’t get out of it, she wants to be a queen her people deserve. But one fateful night, she finds her father’s dead body and the castle is sent into upheaval as the king’s brother becomes the temporary regent until Aurelia marries. But Aurelia is kidnapped by a handsome but irritating man, Rycen, who infiltrated the castle as a spice merchant. As the knowledge of her father’s murder looms before her, and her kingdom in the hands of an uncle whom she doesn’t trust, Aurelia has to battle her feelings for a kidnapper who won’t reveal the reason why he took her. She uncovers secrets and the magic in her bloodline. Everyone wants something from her but when she reaches her destination, she questions her father’s rule and everything she has learnt. Aurelia will have to battle an ancient evil to get her kingdom back from the clutches of her uncle. But one thing is for certain; she can trust no one.

From the beginning this book drew me in! There was not one single moment of  boredom, the writing was beautiful and everything was just so well placed. There were shifting POV’s so you could see what happened at the castle when Aurelia was away. It was just a really thrilling and gripping story!

Aurelia is a strong headed girl and wants to be a queen. She fights for her people with a great passion and at the end of the book you really see a new side of her, not the one who was always arguing with Rycen, but a real queen. I really felt the shift in demeanor in the last  few pages. I really think she will be an AMAZING queen because she would do anything for her people-and i mean anything.

Which brings us to the part where one little thing she did brought this whole book down for me. I won’t ruin it, but for me it really ruined the whole book! I just didn’t understand how she could do that!? the romance was just so SWOON WORTHY but it was ruined! And i guess the author took a risk, i’ve seen some authors do that same thing with their characters and sometimes it does actually work and becomes a part of the story..but this? Nope, i do congratulate the author on taking such a big risk but it didn’t do it for me.

That being said, i am VERY interested to see what happens next. If the writing and story hadn’t been so beautiful i would have rated this below 2 stars! But i really can’t ignore how much i enjoyed this book at the beginning and even at the end. I will definitely love the second book even though i will be disappointed..but you never know, the author might surprise us!! This is definitely a series i will follow because i know that Aurelia will be amazing in the next book! I can’t wait to see more of the setting and the battle for the throne!