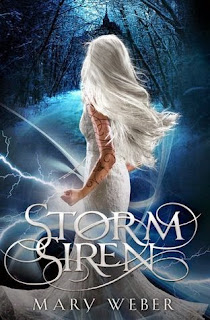 “I raise my chin as the buyers stare. Yes. Look. You don’t want me. Because, eventually, accidentally, I will destroy you.”In a world at war, a slave girl’s lethal curse could become one kingdom’s weapon of salvation. If the curse—and the girl—can be controlled.As a slave in the war-weary kingdom of Faelen, seventeen-year-old Nym isn’t merely devoid of rights, her Elemental kind are only born male and always killed at birth — meaning, she shouldn’t even exist.Standing on the auction block beneath smoke-drenched mountains, Nym faces her fifteenth sell. But when her hood is removed and her storm-summoning killing curse revealed, Nym is snatched up by a court advisor and given a choice: be trained as the weapon Faelen needs to win the war, or be killed.Choosing the former, Nym is unleashed into a world of politics, bizarre parties, and rumors of an evil more sinister than she’s being prepared to fight . . . not to mention the handsome trainer whose dark secrets lie behind a mysterious ability to calm every lightning strike she summons.But what if she doesn’t want to be the weapon they’ve all been waiting for?Set in a beautifully eclectic world of suspicion, super abilities, and monsters, Storm Siren is a story of power. And whoever controls that power will win.

Nym has had fourteen owners and the king’s a adviser is her fifteenth. But instead of being a slave, Nym is given a room, a maid, gets to attend balls and has training sessions to learn to control her power. But in return she must be the weapon of her country against Bron.

Bron and Faelen have been waging war on each other for years but Bron is far more advanced and with their newly launched flying ships, Faelen doesn’t stand a chance. That is until Nym and Colin. Colin is like Nym but his powers are different. And his and Nym’s kind were supposed to be killed at birth. Not only is Nym the strongest elemental but the only female ever to have lived.

Nym cannot help but feel like a weapon. Everyone around her is using her and she’s so lost she can’t find her own way. She had a rough childhood since she believes that she killed her parents. Innocents keep dying around her and she always seems to be the culprit. It wasn’t hard to like Nym, she was easy to sympathize with and yet not to such an extent that she had an ‘o-pity-me’ attitude. She was strong and stubborn, she didn’t let anyone mess with her. I liked her volatility and her confidence.

For the side characters, i can honestly say the author did a fantastic job with them! Colin was the always flirting sweet friend, Breck was the straight and bold friend and even the evil dudes were multi-dimensional-like one of them made a hissing sound when he spoke. The romance was very raw and rocky. I loved that when Nym learns what Eogan had done, she doesn’t forgive and forget and jump into his arms, she takes the time to consider the situation and doesn’t throw all the years of guilt and anger away just for love. He was a very distant character and he was hard to get information out of, which is i guess what the author was trying to do. I did kinda guess who he really was though.

The plot was great, there was never a dull moment. I especially loved the man-eating horses. The battles were epic and super intricately woven. LOVED that cliffhanger and THANK GOD i have an ARC of book 2 for the book tour! Keep checking in if you want to see the review of book 2! Seriously though, this cliffhanger took the term to a whole other level!! I still can’t believe what happened in these last few lines!

Anyway, adored this book filled with court treacheries, an edgy romance and twists that i would never have seen coming!