If strings ran up my spine, she just plucked the high E, a fierce vibration that shakes me to my core.She looks away, and quakes subside into mere tremors. Propping myself up against the bar, I abandon my drink to process the last few seconds.All these months, there’s been nothing. But just now? I felt it. I feel it. I pulse with life, lightning dancing across my skin as she batters the crowd with furious verses.But I’m stuck on that first gasp.One note. One word. She laid me low and resurrected me in one fell swoop.Who is this girl?

Welcome to Cyrene, a city where energy is currency and music is the lifeblood of its young citizens. Everyone lives on the grid, and the residents of the world’s largest playground are encouraged to pursue every physical and emotional pleasure imaginable.
Vee is the lead singer of the Sugar Skulls, an all-girl band that is Corporate’s newest pet project. Micah haunts the city like a ghost after an overdose of a deadly illegal street drug knocks him off the grid. When Micah and Vee forge an immediate, undeniable connection, their troubled worlds collide.
Trading concert stages for Cyrene’s rooftops and back alleys, they have to evade vicious thugs and Vee’s possessive manager as they unravel the mysteries connected to their dark pasts. And before the curtain falls, Micah and Vee will bring the city to its knees in their desperate bid for love, home, and a future together.

The girl in the mirror is an undead supermodel in search of a catwalk. It’s the handiwork of the new styling team Corporate brought in to deal with my hair and paint my face and glue sequins to my eyelids and shove in the black-light contacts after the old team quit.
Not that I’m admitting I had anything to do with them unceremoniously packing their kits and leaving before the last show. Better to point the finger at Jax.
In the group, Jax is “the crazy one.” Damon recruited her a year ago, just before her eighteenth birthday, and she’s driven every styling team we’ve had batshit insane with her demands.
“Spiderwebs,” she decides for her face paint tonight, then points her index fingers at a case of skunk-striped bedhead so legendary, it looks like mice have nested in it. “Just don’t touch the ’do.”
There’s a continuous rumble coming from the front of the house: newbies, fresh off the nanotech install and frothing at the mouth to get a taste of everything Cyrene has to offer. The mistress of ceremonies appears a few minutes later, hovering around the edges of my mirror like a moth about to get bug-zapped, makeup already settling into creases she thinks no one else can see. Hellcat Maggie drones on for a bit, her words painted in every shade of predictable monotony.
Eyes glued to the set list on her laptop, short hair spiked and pink, Sasha nods and makes understanding noises without really listening. Five months back, Damon pulled her from outside Cyrene, where everything is workaday business as usual, melting polar ice caps and recycling and talking heads, minimum-wage jobs and Wall Street assholes. She told me he offered a considerable chunk of cash to her poor-as-dirt family in exchange for a three-year contract capitalizing on her sound design and computer skills. Means Sasha got to leapfrog over a hundred thousand or more eager applicants all clamoring to get into the city, but instead of acting like a badass, she’s more like a puppy that might pee on the rug.
She and Jax are the same age, but you’d never guess it, because Sasha is “the nice one.”
And me? Well, I guess that makes me “the bitch.” Like now, instead of joining in Jax’s preshow pill binge or Sasha’s obsessive run-throughs of the set list, I hug Little Dead Thing and wish everyone would just shut their cakeholes. He understands my mood, curling up in a tight fur-splotched ball in my lap, purring like a rusted-out lawn mower engine. Sasha dragged this sorry excuse for a cat in off the street a couple months back. He’d almost immediately started trailing after me, gratitude be damned, yowling at doors closed between us and shredding furniture when left behind at the Loft. Just easier to bring him along, a freaky little mascot who leaves hairs all over my robe.
But I banish him to a dark corner before getting dressed. Fuck-me wardrobe. Heels so tall, I prance instead of walking through the dim red lights in the wings. Corseted waist, narrow skirt, a thousand pounds of hand-sewn beads catching the light when I step onstage. The dress was a class-me-up gift from Damon: vintage and gorgeous and beyond expensive.
I’d taken a switchblade to it, because tatters suit me better.
Still miles away from comfortable, I try to draw a deeper breath than the corset allows, and it catches in my throat. I shouldn’t be stressing. Tonight’s just a warm-up for the big to-do at the Dome. Three days and counting. Have to test the set list and the newest energy-grabbing thrum-collectors Corporate’s eager to roll out citywide.
Every time I blow up one of the old ones, it knocks me off the grid. Cue a mind-scrubbing and a nanotech reboot. I’m tired of waking up as a brand-new Vee. I’d like to keep this version of myself, even if that means making nicey-nice with the equipment.
Anything to keep Damon off my back for a little while longer.

Author Bio:
When not working on puzzles for Penny Press or writing about them for PuzzleNation, Glenn Dallas is an author of short stories and at least half of one novel. After appearing in the acknowledgments of several outstanding novels, he looks forward to returning the favor in the future.
Lisa Mantchev is the acclaimed author of Ticker and the Théâtre Illuminata series, which includes Eyes Like Stars, nominated for a Mythopoeic Award and the Andre Norton Award. She has also published numerous short stories in magazines, including Strange Horizons, Clarkesworld, Weird Tales, and Fantasy. She lives on the Olympic Peninsula of Washington State with her husband, children, and horde of furry animals. Visit her online at www.lisamantchev.com.

GIVEAWAY!
a Rafflecopter giveaway
Hosted by: 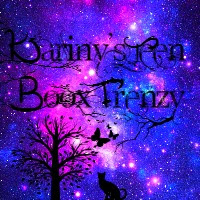