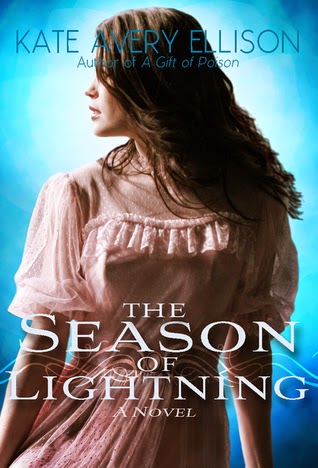 Emma meets Robin Hood in this antebellum-esque historical fantasy set in the same fantasy world as A Gift of Poison.

Verity Elysius is the only daughter of a famous retired general and rich plantation owner. She lives in an insulated world of wealth and privilege, where she spends her time riding her horse, sassing her lady’s companion, and being tormented by the family’s handsome but irritating nobleman friend, Lord Roth. But when a mysterious, masked vigilante called the Hawk begins stirring up trouble and freeing silvras, the oppressed lower class, Verity’s world is turned upside down as she is challenged about everything she knows about her world and her place in it.

Verity is the daughter of a rich plantation owner and the victim of an insufferable young lord who comes to her house daily to torment her. Lord Roth is her father’s dearest friend, but she can’t say the same for her. Her father kind of ignores her and pays more attention to Roth. Add that plus Roth’s constant teasing, you can understand why Verity dislikes him. But workers-silvras from neighboring plantations are disapearing and setting fires to their master’s plantations. It isn’t long before Verity’s house is attacked and the workers flee leaving her family in financial need. But when Verity gets kidnapped by The Hawk, the leader of the attacks, she discovers the injustice that has been done to the workers because of their lineage. She starts to question the way she sees her father, her community and whether Hawk’s justifications are right or wrong. The more she learns, the more she starts to suspect that Lord Roth is not exactly what he seems and despite their constant bickering, she can’t help but fall for him.

What caught my eye about this book:
1.Standalone
2. Historical Fantasy
3. handsome but irritating nobleman
can you go wrong with that combination?? Well maybe you can in some cases but this isn’t one of them! This was a light and yet deeply romantic read that i personally think every historical romance lover should read! No insta-love! The love actually develops from a minor case of hatred 🙂

Needless to say, the setting was absolutely amazing with the balls and the dancing and so on. There’s a part in the book where the chapters are actually letters which Verity and Roth send to each other when she’s away. So when she comes back, you actually see the change in her. She’s definitely become more mature and stronger, not that she wasn’t before, but you could tell she’d grown, I can say there might be like a five year difference between the couple? They never mentioned it but they said Roth was older and i think that really added to his charm!

I think a big aspect of this book is discrimination and this is what Verity tries to fight against. Yes she is naive, she is rash and usually says the first things that comes out of her mouth but she has an amazing heart. I didn’t really get the robin hood feel even though the Hawk represents it. But i did get the Emma feel and i absolutely loved it!

The plot will definitely keep you hooked! The book explores the problems of a high status, discrimination and a really swoon worthy romance! I’m looking forward to read more from this author!