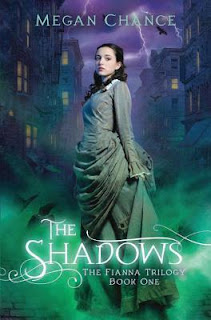 Grace Knox has grown up hearing the folktales of her Irish ancestors, especially about the warriors who fought for control of Ireland. In 19th-century New York City, however, these legends are far from Grace’s mind. She’s much more concerned with how to protect her family from debt collectors, and whether her childhood friend Patrick Devlin will propose. Patrick is a member of the Fenian Brotherhood, a group of young Irish American men intent on fighting for the independence of their homeland, whatever the cost. Patrick and the Brotherhood use ancient magic to summon mythical warriors to join their fight to protect Ireland. One of them, Diarmid, finds himself drawn to Grace, and she to him. When Diarmid discovers that, in their desperation, the Brotherhood has also summoned a rival group of ancient warriors, he warns Patrick that there will be bloodshed. Grace is caught in the middle of two men she loves, and discovers she alone holds the power to save Ireland?but at a dangerous price.

Grace Knox is in a compromising financial situation. Her sick mother is forced to give lessons, her brother is a drunk and has gambled pretty much everything in her house and her grandmother is going crazy. The only way for her to repay all her debts is to marry in a rich family. Patrick Devlin, her childhood friend, comes back to town and they are both drawn together. It isn’t long before they fall in love and become close to being engaged. However, what Grace doesn’t know is that Patrick forms part of a brotherhood dedicated to save Ireland from the British rule. They summon a gang of ancient Irish warriors using magical artifacts but when they don’t appear, they summon enemy warriors.

What they don’t know is that the warriors they first summoned have appeared but don’t know who has summoned them. They try to find who summoned them and Diarmid gets involved with Grace. They have a common goal-to save Ireland but will they go through with it? Despite her love for Patrick, she can’t help but love the danger that accompanies Diarmid. But both guys are keeping secrets from her. Grace finds herself in the middle of a prophecy that will ultimately lead to her death whichever side she chooses…

Interesting story plot-loved to know about the Irish warriors and the druids. The background was super interesting but there was a lack of happening. There were alternating POV’s-Grace, Diarmid and Patrick so you were able to follow the story pretty well.

I liked Grace a lot. She was spunky and strong but sometimes she irritated me a little. I think the love triangle was given way too much importance in the book. I mean the plot is about war-and there was none of that. The book was basically filled with the preparation but not the actual details on the bigger image.

I loved Patrick-sweet and cute. Diarmid was pretty awesome too but he was supposed to be like centuries-old awakened warrior and yet he flirted and was cocky like a teen boy. Patrick was much more-mature? He just seemed older and Diarmid never gave me the impression that he was a legendary warrior.

Aiden was a pretty intriguing character to me. As Grace’s brother he almost never acted like it, so why was he drunk all the time? We find out a bit later in the book-yep its something magical and unexpected!

I did not expect the ending-pretty much threw me off and i really wonder what will happen next! As for the guys-i have no team so far-although i’m leaning towards Patrick 😛 !