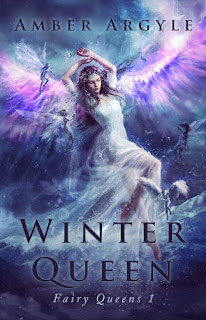 ~Becoming a winter queen will make Ilyenna as cold and cruel and deadly as winter itself, but it might be the only way to save her people from a war they have no hope of winning.~Mortally wounded during a raid, seventeen-year-old Ilyenna is healed by winter fairies who present her with a seductive offer: become one of them and share their power over winter. But that power comes with a price. If she accepts, she will become a force of nature, lose her humanity, and abandon her family.Unwilling to pay such a high price, Ilyenna is enslaved by one of the invaders, Darrien. While in captivity, she learns the attack wasn’t just a simple raid but part of a larger plot to overthrow her entire nation. With the enemy stealing over the mountains and Darrien coming to take her to his bed, Ilyenna must decide whether to resurrect the power the fairies left behind. Doing so will allow her to defeat Darrien and the other invaders, but if she embraces winter, she will lose herself to that destroying power—forever.
Add to Goodreads
Buy Links:
Amazon│Barnes and Noble│Kobo
To receive Amber Argyle’s starter library for free (4 books!), simply tell her where to send it: http://eepurl.com/l8fl1
About the Author

Ilyenna loves her clan Shyle, and as a high lady she is skilled in medicine and is ready to supervise her clan whenever the man are absent. One day whilst in the woods, they discover a dead solider form the neighboring clan of Argon, that was attacked by the Tyrans. The peace between the clans had been long lasting so for someone to break that piece treaty, something serious must have happened. Her father and brother leave with all the men in the clan to find out what’s going on, leaving Ilyenna in charge of the woman and the children. But what they don’t expect is that the Tyran clan will attack their clan filled with women and children. Ilyenna almost dies and is faced with a harsh decision, embrace winter and become queen or regain her life as a mortal. As she is captured by the Tyran clan and forced into the servitude of it’s cruel heir, Darrien, Ilyenna tries to hide her blossoming romance with her childhood friend all while trying to save her people that have also been captured.

Ilyenna was a nice enough protagonist. I didn’t specifically like her but i definitely did not hate her. She was a compassionate soul with a  need to protect her clan despite the fact that she wasn’t a man, her people respected her and loved her as much as family did. When she was captured, she was mistreated and beaten almost to death and she kept bringing onto herself so as to save her clan woman. She showed a tremendous amount of courage and that made it impossible not to like her!

For the romance part of the book i was a little disappointed, At first i thought Darrien would be love interest cause captor-captive romance..but now he just turned out to be an evil piece of Poop. Instead she falls for Rone who happens to be the heir of the Argon clan and also held captive with her. He was an incredibly sweet guy who risked his life just to bring her a blanket or a piece of bread so she wouldn’t starve! The romance was sweet but not overwhelming like i usually like it…

The other thing that was a bit lacking for me was the supernatural winter queen . It was there but not enough to enforce the book’s title. But i never got bored while reading it, it was fast paced, intriguing and gut clenching! The plot was unique and the writing had a very “folklore” vibe to it..love it!

Definitely give this a try! Hope you guys like the Winter Fairy pics and the giveaway! Enjoy! 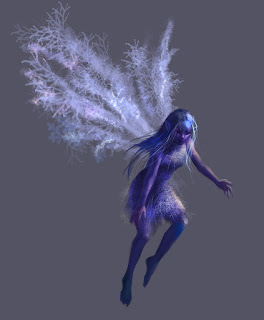 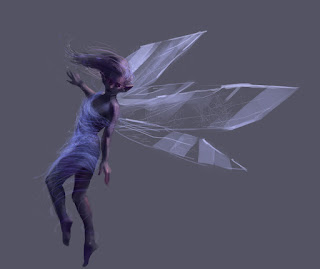 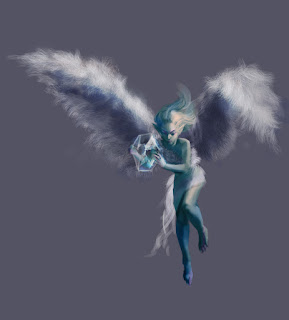 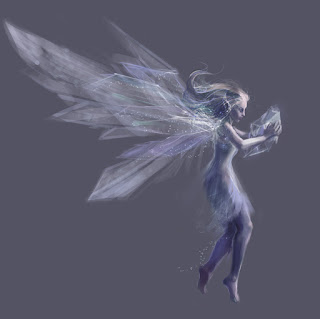 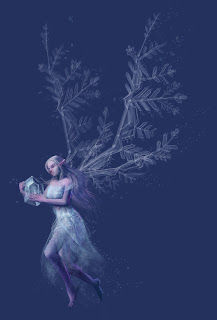 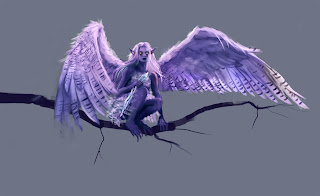