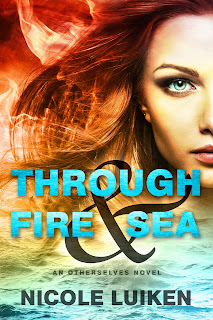 In the Fire world, seventeen-year-old Leah is the illegitimate daughter of one of the realm’s most powerful lords. She’s hot-blooded—able to communicate with the tempestuous volcano gods that either bless a civilization or destroy it. But then Leah discovers she’s a Caller, gifted with the unique—and dangerous—ability to “call” her Otherselves in mirror worlds. And her father will do anything to use her powers for his own purposes.

In the Water world, Holly nearly drowns when she sees—and interacts with—Leah, a mirror image of herself. She’s rescued by Ryan, a boy from school with a secret he’d die to protect. Little do they know, his Otherself is the son of a powerful volcano god at war in the Fire world…and he’s about to fall.

As Leah and Holly’s lives intersect, the Fire and Water worlds descend into darkness. The only way to protect the mirror worlds is to break every rule they’ve ever known. If they don’t, the evil seeping through the mirrors will destroy everything—and everyone—they love… 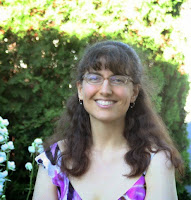 About the Author
Nicole Luiken wrote her first book at age 13 and never stopped.
She is the author of nine published books for young adults, including Violet Eyes and its sequels Silver Eyes and Angels Eyes, Frost, Unlocking the Doors, The Catalyst, Escape to the Overworld, Dreamfire and the sequel Dreamline. She also has an adult thriller, Running on Instinct, under the name N.M. Luiken and a fantasy romance series, Gate to Kandrith and Soul of Kandrith.
Nicole lives with her family in Edmonton, AB. It is physically impossible for her to go more than three days in a row without writing.
Author Links:
Website│Goodreads│Twitter│Facebook
MY REVIEW  5 STARS!!!
Okay i am big goner for legends and myths in a story. This one was actually amazing and super original! So basically there were two bothers, Aesok and Besok. Aesok created a wold-The True World and kept adding to it and it became beautiful. Besok got jealous and copied his brother’s world exactly four times-with the exact same people-therefore the explanation of the ‘otherselves’ In the first one he used too much heat so it became the Fire World. In the second, too much water-Water World. In the third too much mud- Stone world and in the fourth too much breath and that became the Air world. Awesome concept right??
The Fire world is made up of erupting volcanoes who are also the gods in each duchy. Each duchy has a duke that can keep the volcano lords from erupting-kind of like a peacekeeper. However a dragon has been terrorizing these duchies and angering the volcano lords, When the dragon attacks Duke Ruben’s duchy, he calls the famous woman, Quetrah, who gets rid of the dragon in exchange for the dukes’ daughters. But instead, Duke Ruben sends his illegitimate daughter, Leah. But when Leah goes to live with Quetrah she discovers that she has ‘otherselves’ in the other elemental worlds she never knew existed. There is a true world but it is not the one we live in, the one we live in is actually the water world!!
Leah has spent her life wanting to get her father’s attention. But she knows the duke is only using her. When she is taken away, the Duke threatens to kill her mother if she does not spy Quetrah for him. Leah has no choice but to obey.
Holly belongs to our world-well the water world. She has no notion of her ‘otherselves’ but her world changes when she catches a glimpse of her reflection. Staring  back is someone identical to her but not her. When she is saved from drowning by a merman, Holly stars to see her black and white world differently. Turns out her saviour, is a poor lonesome boy at her school who’s compelled her to forget he saved her. And top of that there’s his crazy mother who is scared to look at her reflection because she fears it will take over. But how crazy is she? Holly is the daughter of one of the most famous movie directors and everyone uses her to get to her dad. She has a slightly rocky relationship with her father but no where as intense as Leah and the Duke. Holly is swept into Ryan’s world. But what they don’t know is that Ryan’s otherself in the fire world is Gideon, Leah’s soulmate and the son of a powerful volcano lord.
Gideon is cursed and Leah will do anything to save him. But her actions unknowingly unleash someone into the water world that wants to hurt Ryan. And if Ryan isn’t safe then Gideon won’t be either, Despite the fact that otherselves are identical and supposed to be mirror images, Holly, Leah, Ryan and Gideon were totally unique! And it was told in alternating POV’s so you got to experience the best of both worlds 😀 !
There was an epic clash of setting for me but it worked wonderfully! The water world is modern and stuff whereas the fire world has a medieval setting! Plus from the glimpse i’ve got, the True World gives me a kind of computerized cyborg feel! Maybe i’m wrong but i expected the True world to be our world but it wasn’t! I hope we get to see more of that! Holly and Leah will have to work together to save the ones they love. Another good aspect was that i didn’t find myself looking forward to Holly’s POV or vice versa. Both were balanced and i enjoyed the shifting!
I can only describe the last half of the book as a collision of worlds!! And definitely BITTERSWEET. I was kinda heartbroken at some point but i found myself totally able to pass through that and get myself completely immersed in the ongoing story! Oh and don’t even get me started on that cliffhanger!! HOPE!!! I really LOVED LOVED LOVED the whole book and i cannot wait till the next! I’m guessing it will include the stone and air world! I’m just soooo excited to find out what happens next!
Book Tour Organized by:
YA Bound Book Tours 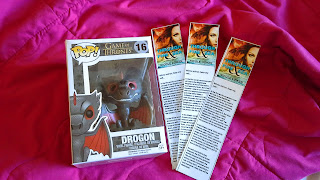